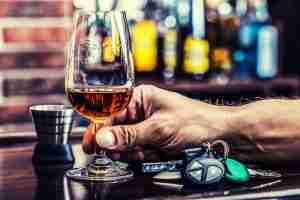 This is the next post in a series of articles discussing specific circumstances in which a Peoria, Illinois father may seek an emergency change of child custody. The previous post focused on emergency custody changes relating to parental drug use. The use or possession of drugs or a parent’s engagement in drug-related activities that create an imminently dangerous situation for a child may be considered an emergency, justifying an immediate custody change. This article will discuss when a parent’s alcohol abuse or alcoholism result in an emergency change in custody. If you need assistance, contact my office today to speak to a fathers’ rights attorney.

When a Peoria, Illinois judge will consider a parent’s alcohol use an emergency for purposes of changing custody

As noted elsewhere in this series, a child must be in serious danger of imminent harm as a result of a parent’s behavior for a judge to consider ordering an emergency custody change. It is not uncommon for one parent to allege that their co-parent’s use of alcohol in the presence of their child is dangerous. In some cases, this is undoubtedly true. For example, if a child’s mother is consistently drunk around the child and, as a result, not able to properly care for the child, this may be considered grounds for an emergency change. If the mother has been observed drinking and driving with the child while impaired by alcohol or has been arrested for a DUI with the child, this may also be considered an emergency by the court.

There is a difference, however, between a parent occasionally drinking an alcoholic beverage vs. abusing alcohol to the point of potentially harming a child. If mom sometimes drinks a glass of wine to unwind at night, for example, this will not likely be considered an emergency by the court. Similarly, a criminal record of an isolated DUI when the child was not present may not rise to the level requiring an emergency custody change. Courts do not look favorably on exaggerated or false claims, which may result in negative consequences to the requesting parent’s custody rights. An Illinois judge will be interested in whether alcohol abuse or alcoholism is causing or may cause harm in the future to the child. Where no emergency exists, but proof of a pattern of alcohol abuse is present, it is more likely that the court will schedule a hearing to understand whether a non-emergency change in custody is appropriate. Each decision by the court will be based on the facts of the specific situation.

A Peoria, Illinois attorney can assist with the emergency custody change process

When a true danger to the child exists, the first step in requesting an emergency custody hearing is to file a Motion with the court, which may be heard on an expedited basis by request. An initial hearing will be held quickly, after the other parent is given at least one days’ notice. Based on the facts presented at the initial hearing, the judge will determine whether custody should be immediately changed. The judge may elect to issue a temporary change order and postpone any permanent decisions pending a future hearing. Where no emergency cause for a custody change exists, the judge may deny the request outright. Alternatively, the court may postpone the matter altogether for a future trial. If the court feels a trial is necessary then discovery will begin shortly after the initial hearing. If custody is changed on an emergency basis as a result of alcohol abuse or alcoholism, then a judge may order the parent to seek treatment and require supervised visitation during such period.

As a Peoria, Illinois family lawyer, I am committed to helping Illinois fathers by providing the highest level of customer service and respect throughout this difficult process. If you need assistance, contact my office today to speak to an attorney. In addition to Peoria, I serve clients in the cities of Bloomington, Eureka, Galesburg, Morton, Normal, Pekin, Springfield, and Washington. I also serve the counties of Fulton, Knox, LaSalle, Marshall, Mason, McLean, Putnam, Rock Island, Schuyler, Stark, Tazewell, and Woodford.