Peoria Attorney Protecting The Rights Of Fathers During Divorce 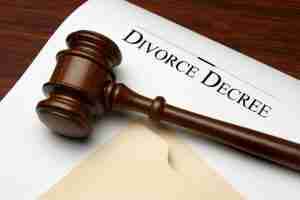 Fathers going through a divorce are often worried about maintaining a relationship with their child. Fortunately, Illinois is like many other states in that it does not favor one parent over another when it comes time to end a marriage. While one’s children are, and should, be their primary concern the fact of the matter is that there are still financial implications of ending a marriage. I am a Peoria attorney assisting fathers during the divorce process and ensuring that their interests remain fully protected. I understand that you are facing a serious situation. I will give the matter the attention it deserves. Call today.

Illinois allows a parent to file for divorce as long as they have resided in the state for at least ninety days. Shortly after the case is filed the Court will make temporary rulings on issues regarding child custody, child support, and whether a child can be relocated out of state. This is in addition to issues such as spousal support, possession of the marital residence, and more. After these initial rulings have been made then each party will begin accumulating evidence which they need to prove their case. The matter will conclude with a bench trial at which the Judge will rule on all financial and child related issues. Taking a case to trial is a complicated process and you should retain an experienced attorney to assist you.

I am a former prosecutor defending the rights of Peoria fathers during divorce proceedings. I will use your initial consultation to gain an understanding of your situation and to put a plan in place for resolving your case as quickly as possible. I will quickly file your Complaint with the Court along with a Motion for temporary orders. After the Court has made its initial determinations I will use the discovery process to gain financial records such as bank statements, receipts, spending histories, etc. I will also acquire evidence relevant to custody proceedings. My office will ensure that you are prepared for trial and that you know what to expect from the process. You will be aggressively represented from beginning to end. This is my promise to each and every client I serve. Call today to speak with a lawyer.

The end of a marriage is difficult enough to deal with. One does not need added difficulty in the form of financial stress. My office understands that legal representation is expensive. This is why I handle most matters for a set flat fee. This means that you will not receive large legal bills at the end of every month and that you will have an understanding of what your case is going to cost. My goal is to provide affordable services so that Peoria fathers can worry about getting their lives back on track.