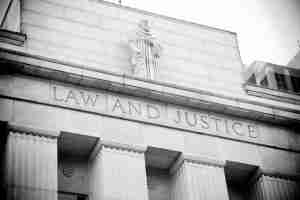 The Federal Government has its own laws, rules, and constitution which are separate from that of Illinois. Most crimes result in a State Court prosecution. However, if the offense violates the U.S. Government’s laws then the defendant will be prosecuted by the United States Attorney General in the Federal Court system. The federal system has different rules of evidence, sentencing guidelines, and procedures. Not all attorneys are licensed to practice in Federal Court. This means that you should contact counsel experienced in such matters as soon as possible. As a Peoria criminal defense lawyer, I represent Illinois residents facing federal charges. Contact my office today to schedule an initial consultation.

Illinois residents will face federal prosecution if they violate Title 18 of the U.S. criminal code. If the defendant violated both state and federal law then Illinois prosecutors will normally defer to the federal prosecution, although it is still possible for the accused to face state charges later. If one is convicted then they will be sentenced by a Judge who will likely follow the U.S. sentencing guidelines.

Federal prosecutions begin by United States Attorney gaining an indictment from the Grand Jury. An arraignment will then be held before a Magistrate Judge and the accused will enter a plea of guilty or not guilty. A trial date will be set and defense counsel will be provided evidence, which the prosecution is required to turn over under Brady v. Maryland. Pretrial Motions, such as those requesting the exclusion of evidence, will be filed and decided by the Judge. The matter will proceed to a jury a trial and the jurors will decide the issue of guilt or innocence. The rules of procedure are strictly enforced in Federal Court and it cannot be stressed enough that you should retain a lawyer  to assist you.

I am a Peoria, Illinois attorney representing those who face federal charges in our state. Once retained I will quickly obtain all available evidence from the prosecution and hire an outside investigator if necessary. If law enforcement (whether it be state officials or the F.B.I.) violated your Fourth or Fifth Amendment rights then I will file the necessary Motions to suppress any evidence or statements from court proceedings. I will ensure that you are prepared for trial, that you know what to expect from the process, and that you are protected as the case moves forward. As a lawyer, I take my role as counsel seriously and you will receive the highest quality of service. Contact my office today.

Federal defendants are facing a grave situation. It is important that they retain counsel who will stay in regular communication with them. Unfortunately, one of the most common complaints against law offices is that they do not stay in contact with their clients. I take my role as an attorney seriously and I pride myself on providing regular communication. I often give out my cell phone number, can be reached via text message, and promptly return phone calls. I believe that everyone is entitled to the highest level of respect and this is his approach in each and every case I handle.
Federal charges handled by my office include, but are not limited to, those involving felons who possess a firearm, drug charges, and pornography related offenses.