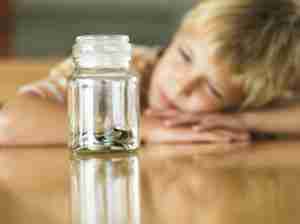 Fathers want to support their children. There are, unfortunately, times in which one may have fallen behind on their support due to circumstances beyond their control. You may have lost your job, your hours may have been cut, your pay may have been reduced, or you may have suffered some type of personal emergency. In Illinois a father can be found in Contempt of Court for not paying his child support. The punishment for such contempt can include jail time, fines, the loss of one’s driver’s license, and more. If you have fallen behind on your payments then it is crucial that you deal with the situation as soon as possible. I am a Peoria attorney assisting fathers who have fallen behind on their monthly obligations. Contact my office today to speak with a lawyer.

A child support ruling is like any other court order in that it must be followed. A father will be considered in contempt of the order if he does not make his required payments. Contempt proceedings are initiated by one filing a breakdown of the missed payments with the Court along with a Motion requesting a hearing date. At the hearing the Court will hear arguments as to why a contempt order should be entered. Depending on the circumstances the Judge may incarcerate the non-paying parent and may also impose other penalties. It must be understood, however, that the Judge’s main concern will be with making sure that future payments are timely made and a plan will be followed to catch up on the arrears. Hiring an attorney, who can present such a plan to the Court, can make a difference in your case.

I am a Peoria fathers’ rights lawyer assisting those who have fallen behind on their child support payments. I will use your initial consultation to gain an understanding of your situation and to develop a plan for moving your life forward. If you have not been given credit for payments you have made then evidence of such payments will be presented to the Court. I am a former prosecutor and will help explain to the Judge your intent to get caught up. I will help you develop a plan for doing so and will be in regular communication with you as the process moves forward. Contact my office today.

There are also times in which a father is owed child support from a mother who has not made her payments. I am able to assist with collecting such arrears and often do so for an affordable flat fee. This fee structure allows you to focus your funds on the most important thing – your children. If you are owed unpaid child support then call my office to speak with an attorney.