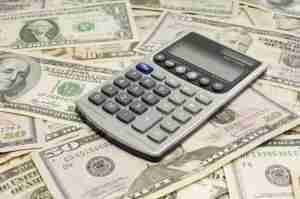 Few things cause tension between parents as does the topic of child support. One parent will often feel as if they are paying too much while another may feel as if they are paying too little. Fathers who pay support also sometimes find themselves concerned over whether the money is actually being used to care for their young one. Whether you are involved in a dispute over support, or if you need to establish an initial order, retaining an experienced lawyer can help ensure that matters are handled correctly. I am a Peoria child support attorney assisting Illinois dads with such matters. Contact my office today to schedule an initial consultation.

Illinois is often described as having some of the more easy to understand child support laws in the country. These laws, however, still lead to many disputes between parents. As a general matter our state will set support as a percentage of one parent’s “net income.” The percentage is typically twenty percent for one child, twenty-eight percent for two children, thirty-two percent for three children, and so on. This traditional formula is meant for situations in which the child spends a large percentage of his or her time with one parent. The closer the parents are to a shared custodial arrangement then the more likely the Court will be to deviate from this formula. Also, disputes can often arise as to how a parent’s “net income” should be calculated. Failing to pay court ordered support can result in child support arrears and one parent being found in contempt.

The Court will enter an order regarding support at the same time that it decides child custody. Such a decision can be made as part of a divorce or in a case where the parents were never married. The Court will require each parent to disclose their monthly financial information and to provide pay stubs. When calculating a parents net income the Court will subtract items such as work-related expenses and taxes. The Judge will also consider whether a child has special needs which warrant an adjustment to the calculations. Also, the Judge may impute income to a parent who is willfully underemployed; if a parent is choosing not to work for purposes of avoiding child support then the Court will make that person pay support at an amount equal to what they would pay if they were working a job commensurate with their skill level. Hiring an attorney who can help you establish one’s true income is critical to obtaining a fair order.

I am a Peoria fathers’ rights lawyer who handles child support matters. Once a case is filed I can use the discovery process to establish the extent to which a parent is capable of working, the amount they are actually making, whether they are spending money frivolously, and to argue for any necessary financial adjustments. I am a former prosecutor and will aggressively defend you at trial. This includes introducing tax returns, pay stubs, and other records. I understand the level of conflict which arises over support and I will give your case the attention it deserves.

There are times after an initial order in which a father may need to adjust his child support. You may have lost your job or suffered a reduction in income. Under such circumstances it is possible to file a Motion which requests a modification of your monthly payment. I will use your initial consultation to gain an understanding of your situation and to help you understand whether you are eligible for a modification. Falling behind on your child support can result in serious problems. Contact my office if you need to adjust your current order.