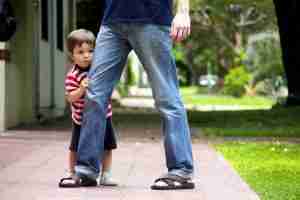 Restraining orders are often necessary for ensuring someone’s safety. There are times, however, when a TPO is issued due to the false allegations of a parent who is attempting to gain an advantage in child custody proceedings. It is understandable that one may be dismissive of false allegations and view them as irrelevant. The fact of the matter, however, is that such allegations can have a serious impact on one’s future and can jeopardize a father’s relationship with their children. If you find yourself facing such allegations then it is important to speak with a lawyer. I am a Peoria fathers’ rights attorney assisting in cases which involve temporary protective orders. Contact my office today to schedule an initial consultation.

Temporary protective orders are meant to keep someone safe from stalking, harassment, or violence. Sometimes a parent will make false allegations and file a TPO request when they are attempting to gain an advantage in child custody or divorce proceedings. They do so out of a hope that the protective order will prompt the Court to rule in their favor or that the other side will settle the case to make the protective order go away. A father may face serious future consequences if they settle a family law case simply to avoid dealing with false allegations of stalking, violence, or harassment.

A TPO will be issued after a person files a Petition with the Court requesting protection. The Petition must articulate why the requesting party feels they are in danger and they must present evidence supporting their claim. The Court will often issue an immediate order and quickly hold a hearing to determine if the order should be extended or dissolved. If it is shown that false allegations were made against a father then he may have grounds for requesting primary child custody. Dealing with a protective order can be complicated and retaining an experienced attorney can assist you.

I am a Peoria fathers’ rights lawyer and a former prosecutor. I will use your initial consultation to gain an understanding of the situation and to develop a plan for fighting any false allegations. I will present any evidence to the Court which may show that the protective order was issued due to false allegations. Such evidence may include phone records, emails, text messages, social media messages, witness statements, and more. If necessary I will request that an evidentiary hearing be held and the accusing party be placed on the witness stand. I understand the gravity of such allegations and I will give your case the attention it deserves. Call today to schedule an initial consultation.

There are times when a mother crosses the line and such situations are not healthy for a child. They can also be dangerous for a father. If you are being harassed or stalked then retaining an attorney to assist you is crucial. I will quickly file any necessary applications with the Court and will make sure that your rights are protected. I often handle such matters for an affordable flat fee so that you may worry about the most important thing – your family. I am ready to assist you.