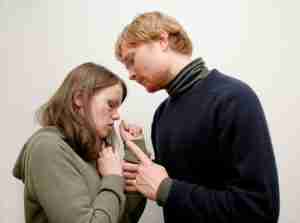 Illinois residents face serious consequences if they are convicted of rape or sexual assault. These consequences include prison time, the destruction of one’s reputation, having to register as a sex offender, and being disqualified from future employment. Prosecutors pursue such cases aggressively and Judges will show little leniency to those who face rape charges. If you find yourself accused of a crime then it is crucial that you contact a criminal defense lawyer as soon as possible. I am a Peoria, Illinois attorney who protects the rights of those charged with rape or sexual assault. Contact my office today to schedule an initial consultation.

Illinois considers it an act of rape or sexual assault if the accused engaged in sexual contact through force or the threat of force. It is also a crime to have sexual conduct with one who is:

A first offense will result in Class 1 felony charges which carry a prison sentence of four to fifteen years. If a defendant has prior offenses on their record then they will face a Category “X” felony which carries a sentence of 30-60 years in state prison.

The first step in a felony case is for the defendant to enter a plea of “guilty” or “not guilty.” Sexual assault and rape cases often involve medical evidence which must be interpreted by experts. Such cases also often involve physical evidence collected from the alleged scene, the defendant’s home, or elsewhere. Finally, it is not uncommon for an accused to have made statements to the police prior to an arrest. If any evidence or statements are gathered in violation of the defendant’s Constitutional rights then it is possible to have them excluded from Court. Should the matter proceed to trial then it is the prosecution’s burden to prove that the crime actually occurred. This is a complicated process and a defendant should hire an attorney to protect them.

I am a Peoria lawyer assisting those who have been charged with rape or sexual assault. I will use your initial consultation to hear your side of the story, to help you understand what to expect from the process, and to develop a plan for your defense. I will quickly gather all available evidence and conduct an investigation. If the facts show that your Fourth or Fifth Amendment rights were violated then he will file a Motion to Suppress any illegally seized items or statements. Should a trial be required then I will ensure that your rights are protected throughout the process. Few cases bring public opinion to a boil as do those involving rape. I will give your case the attention it deserves.

It is important that you retain experienced counsel if you are charged with rape or sexual assault. I am a former prosecutor with over twenty years of legal experience. I am familiar with the local court system and know what to expect as your case moves forward. I also strive to provide a high level of service. This includes his regularly providing clients with my cell phone number so that they may reach me when necessary. Most importantly, I will make himself available to answer your questions. I take this approach in each and every case my firm handles.