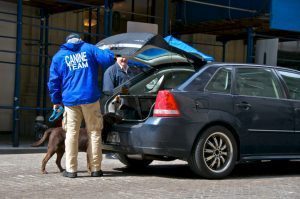 When people think of a drug trafficker they often envision someone smuggling truckloads of narcotics. The truth of the matter, however, is that Illinois may charge someone with trafficking even if they only possess a small amount of a drug. Being convicted of such an offense means incarceration, fines, a permanent criminal record, the loss of job prospects, and not being able to own a firearm. If you have been arrested for this crime then you have options. It is important that you speak with a lawyer as soon as possible. I am a Peoria drug trafficking defense attorney aggressively protecting the rights of the accused. Contact my office today.

Illinois defines drug trafficking as possessing or manufacturing a controlled substance with the intention of giving it to another. This means that any drug can lead to charges, no matter the amount. One may face felony charges or federal criminal charges depending on the amount and type of narcotic involved. Substances involved in trafficking cases often include methamphetamine, heroin, ecstasy, crack cocaine, and more. One may also face charges for “lighter” drugs such as marijuana or prescription medications. Depending on the circumstances a defendant may face mandatory minimum sentences.

The first step in a trafficking case will be to enter a plea at the arraignment. As with drug possession charges, cases involving trafficking often hinge on search and seizure issues which stem from law enforcement violating one’s Fourth or Fifth Amendment rights. If the defendant’s rights were violated then counsel can request that the narcotics not be admissible in Court. If this request is granted then, quite often, the case may be dismissed. If the request is denied then it is still possible to take the case to trial as it is the prosecution who has the burden of proof. A jury will decide guilt or innocence and a sentence will be issued by the Judge. This is a complicated process which impacts your future. It is strongly suggested that you retain an attorney to assist you.

As a Peoria criminal defense lawyer, I handle matters which involve drug trafficking. Once retained, I will enter a not guilty plea on your behalf. I will immediately acquire the police reports, witness statements, and other evidence which the prosecution is required to provide. If necessary I will hire an investigator as well. I will file a Motion to suppress any evidence which was unlawfully acquired by the police. If necessary, I will not hesitate to take the case to trial and will challenge the case on the elements of intent, knowledge, and evidence handling. You are facing a serious situation. As an attorney, I will take it seriously. Contact me today.

Your future is at risk if you are charged with drug trafficking. You likely have concerns and questions. The last thing you need is an attorney who does not quickly respond. I have been practicing law for over twenty years and I stress communication with my clients. I regularly provide clients with my cell phone number, can be reached via text message, and meet with my clients on a regular basis. I believe that everyone is entitled to the highest level of respect and this is my promise to each and every client I serve.