The Effect Of Early Termination Of Probation In Peoria, Illinois 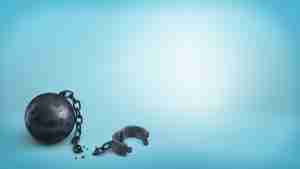 This is the next post in a series of articles discussing early termination of probation in Peoria, Illinois. My previous post reviewed the process of seeking to end one’s probation earlier than the originally sentenced term. It also emphasized the importance of retaining an experienced criminal defense attorney to assist with evaluating the case and presenting evidence to the court in an effective way. In this article, I will review what impact terminating probation early may have on one’s future. If you need assistance with a probation issue, contact my office today to speak to a Peoria lawyer.

For obvious reasons, being sentenced to probation following a criminal conviction is preferable to incarceration. Those who receive a probationary sentence are given a second chance to reenter the community and are often motivated to improve their lives. As discussed in this series, in some circumstances, it is possible that an offender’s actions justify ending their probation earlier than originally scheduled. Successfully petitioning the court to grant this request is beneficial for several reasons. First, a criminal record reflecting a reduced term of probation is more favorable than one reflecting incarceration or even a full-term of probation. Second, once ended, the probationer will no longer have to comply with the sometimes strict conditions of supervision. This will not only be less disruptive in one’s daily activities, but will also eliminate the chances that one may inadvertently fail to comply with the conditions leading to a revocation of probation.

It is important to understand, however, that probation, even though less onerous than incarceration, is a criminal sentence. One’s criminal record reflects arrests, convictions, and sentences ordered by the court. This means that probation will remain on one’s criminal record after the term of probation ends, whether early or as originally scheduled. As stated before, probation is preferable to incarceration and an early termination even more so. That said, one should be aware that this information may continue to impact your future. Probation will be discoverable on criminal background checks conducted by employers, apartment managers, etc. As a result, you may have difficulty gaining employment, maintaining professional licenses, or finding housing. Furthermore, depending upon the nature of the underlying criminal offense, you may be prohibited from owning or possessing a firearm under federal law. As with other criminal activity, depending upon the facts of your specific case, it may be possible to expunge or seal your criminal record to prevent the information from being publicly available. An experienced attorney can explain this process and whether you may qualify.

Those on probation are often motivated to take advantage of their second chance. When possible, one should seek early termination of the probation term. If you need assistance, contact my office today to speak to a Peoria attorney. My office also represents clients in Bloomington, Decatur, Eureka, Galesburg, Morton, Normal, Pekin, Springfield, and Washington. We also serve the counties of Fulton, Knox, LaSalle, Marshall, Mason, McLean, Putnam, Rock Island, Schuyler, Stark, Tazewell, and Woodford.