What To Expect After Being Arrested For Domestic Violence In Peoria, Illinois 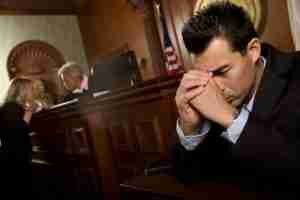 This is the second post in my series on the handling of domestic violence cases in Peoria, Illinois. My last article provided an overview of subjects I will be addressing over the course of this series and stressed the need to contact an attorney after an arrest for domestic assault. Many are surprised to realize just how serious their situation is and contacting a lawyer can help them to protect their future. In this article I will be addressing another important topic – what one should expect after being arrested by the police. Again, contact counsel immediately if you find yourself in such a situation.

After a Peoria resident has been arrested for domestic violence then an initial arraignment will be held. The defendant will enter a plea of “guilty” or “not guilty.” The Court will set a trial date. Between the arraignment and trial two things will happen. First, the Defendant’s counsel will conduct an investigation as part of preparing a defense. This will include visiting the scene of the incident, attempting to interview the arresting officers (who often will refuse to speak with defense counsel), interviewing witnesses, and more. This investigation will assist counsel in bringing claims of self-defense and claims that the allegations are false. Second, counsel will file pretrial Motions with the Court. As I will explain in a future post, these Motions can impact the way trial proceeds.

Trial will be held in front of a jury and will be presided over by a Judge. The prosecution will present their evidence and witnesses first. The defendant will then present his or her witnesses and evidence. The prosecutors will then have the opportunity to present “rebuttal” evidence. Rebuttal may only address new points raised by the defense. Once all testimony has been offered the jury will deliberate and issue a verdict. If the defendant is found guilty then the Judge will enter a sentence.

The trial procedures described above are complex. The rules of evidence must be followed and Court procedures will be strictly enforced. If one is not familiar with these rules of evidence and procedure then they run the risk of hurting their case. They may be unable to present evidence which they believe helps them or the prosecution may be permitted to introduce evidence which should actually not have been admitted. By retaining an experienced lawyer an accused may improve their chances of having their case dismissed.

I am a former prosecutor with over twenty years of legal experience. I have handled many misdemeanor and felony domestic violence cases and am familiar with our local system. Contact my office today to speak with Peoria criminal defense attorney. In addition to Peoria, we service the cities of Bloomington, Decatur, Eureka, Galesburg, Morton, Normal, Pekin, Springfield, and Washington. We also serve the counties of Fulton, Knox, LaSalle, Marshall, Mason, McLean, Putnam, Rock Island, Schuyler, Stark, Tazewell, and Woodford. Additional areas where we handle federal cases include Benton, Chicago, East St. Louis, Springfield, and Urbana.