What It Means For A Peoria, Illinois Parent To Be “Underemployed” 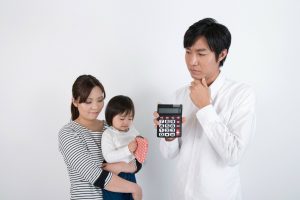 This is the next post in my series on the handling of Peoria, Illinois child support cases in which one parent is alleged to be “underemployed.” My last article provided an overview of topics which this series will be addressing. It also stressed the need to speak with an attorney as these types of cases tend to be fact specific and no two matters are alike. In this article I will discuss what it means for a parent to be underemployed for child support purposes. If you require assistance then contact my office today to speak with a fathers’ rights lawyer.

Illinois is like other states in that it bases a parent’s child support obligation on their monthly income. There are, however, instances in which a parent will choose to earn less than what they are capable of. Sometimes such a choice is made as a direct effort to avoid paying child support. Examples of such steps include one quitting their job, one asking to have their hours reduced, requests being made for a demotion, or other such actions. When a parent engages in this type of conduct, and then claims that they deserve a lower child support payment, then their request is likely to fall on deaf ears at Court.

Say, for example, that a Peoria father earns $5,000 per month. He then asks to be reduced to part-time at work and, as a result, his income drops to $3,000 per month. Now say that the dad files a request with the Court, to reduce his child support, on the basis of his income having gone down. If the father cannot cite a legitimate justification for having to work less hours then the Court is likely to require him to pay child support as if he were still earning $5,000 per month. In other words, the Court would likely find that the dad is “underemployed” by choice.

It is important to understand that a dad will not be considered underemployed simply because his pay has gone down. There are many legitimate reasons why this may happen. These include a layoff, a reduction in hours that was beyond the parent’s control, etc. Also, there are certain industries, such as construction, where it is common for people to be off of work for a period of time. In these instances the Court is unlikely to consider a dad underemployed as long as he can show that he is making a good faith effort to increase his income. This “good faith effort” can come in the form of regularly seeking employment, going back to school to improve one’s marketability, or other efforts which show that a dad is legitimately trying. In these instances, a Judge is more likely to set child support in proportion to what one is actually earning.

If you are dealing with claims of underemployment then contact my office today to speak with a Peoria child support attorney. I am a former prosecutor who believes that everyone is entitled to effective representation. My office is ready to assist you. I also service the cities of Bloomington, Eureka, Galesburg, Morton, Normal, Pekin, Springfield, and Washington. I also serve the counties of Fulton, Knox, LaSalle, Marshall, Mason, McLean, Putnam, Rock Island, Schuyler, Stark, Tazewell, and Woodford.