What Peoria Fathers Should Expect During Supervised Child Visitations 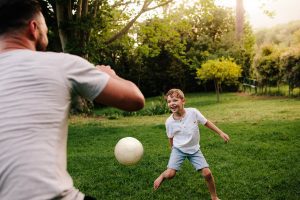 This is the next post in my series on the handling of cases which involve supervised child visitation. My last article discussed instances in which a Peoria Judge may order supervised visits in a child custody case. It is important to understand that such restrictions are typically only ordered if it is shown, through objective evidence, that a parent is posing a physical or emotional risk to the child. The Court will typically not order that visitation be supervised without evidence to support such a ruling. It is best to discuss your situation with an attorney, before going to Court, in order to gain an idea as to how a Judge may view your predicament. In this article I will discuss another important topic – what dads should expect during a supervised visit. If you require assistance then contact my office today to speak with a child custody lawyer.

Supervised visits typically take place at a time and location set out in the Court’s order. For obvious reasons, the Court will not typically allow the other parent to serve as a supervisor. Instead, the supervisor will typically be a friend or relative whom the Court has reason to believe will be fair to the supervised parent while also protecting the child’s interests. Such visits are often held at a public place. These places may include a fast food restaurant with a child’s playground, a public park, or some other similar location. Most orders of supervision will require that the supervised parent meet the child and the supervisor at the designated location. Such visits typically last up to a few hours.

If you are in a situation involving supervised visitation then contact my office today to speak with a Peoria fathers’ rights lawyer. I am able to handle such child custody cases on behalf of dads and my office is ready to assist you. I also service the cities of Bloomington, Eureka, Galesburg, Morton, Normal, Pekin, Springfield, and Washington. I also serve the counties of Fulton, Knox, LaSalle, Marshall, Mason, McLean, Putnam, Rock Island, Schuyler, Stark, Tazewell, and Woodford.