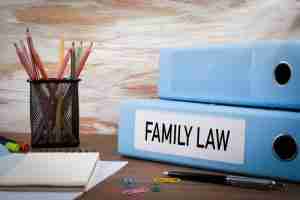 This is the next post in my series on the handling of Peoria, Illinois child custody cases which involve drug use. My last article discussed using discovery to prove a parent is abusing controlled substances. It is important to understand that evidence must be accumulated in order to prove one’s case and that discovery is the mechanism for doing so. Discovery is a complicated process and you should hire an experienced attorney to assist you. In this article I will discuss what one should expect from the trial process. If you have questions or need assistance then contact my office today to speak with a fathers’ rights lawyer.

I have previously discussed child custody trials which involve unmarried parents. Many of those same concepts apply to matters which involve narcotics. The case will be heard by a Judge as there are no juries in Family Court proceedings. The party requesting the custody modification will present their evidence and witnesses first. The responding party will follow and the requesting party will then proceed with rebuttal. Rebuttal is not a time to present new evidence. It may only be used to offer a response to arguments made by the responding party. Once all evidence has been presented the Judge will either issue an immediate ruling or take the matter under advisement (meaning that a ruling will be issued at a later date). Once the Court issues its final order the parties will be expected to abide by it.

Cases involving drug use will hinge almost exclusively on that issue. If it is alleged that the mother is abusing prescription narcotics then it will be necessary to call treating physicians as witnesses in order to establish the prescription history, whether the mother is taking drugs in excess of her prescribed doses, and whether she is seeing multiple doctors as a way of attempting to gain excess prescriptions. If the mother was arrested for a narcotics related offense then it may be necessary to call the arresting officer as well as other witnesses. The type of proof needed in the case will depend on the specific circumstances.

It is important to understand that trial is a complicated process and that the rules of evidence will be strictly followed. If your lawyer does not follow proper procedures then the Court may not consider crucial pieces of evidence and your case may be impacted as a result. It is, therefore, crucial that you retain counsel with substantial trial experience. I am a Peoria fathers’ rights lawyer and a former prosecutor who is familiar with our local Courts. I believe that everyone is entitled to aggressive representation and I am ready to assist you. Contact my office today to schedule an initial consultation. I also service the cities of Bloomington, Eureka, Galesburg, Morton, Normal, Pekin, Springfield, and Washington. I serve the counties of Fulton, Knox, LaSalle, Marshall, Mason, McLean, Putnam, Rock Island, Schuyler, Stark, Tazewell, and Woodford.