Were Peoria Police Allowed To Stop And Search Your Car? 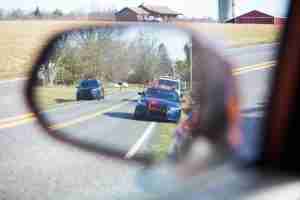 This is this next post in my series on whether a defendant’s rights were violated when he or she was stopped by the police. My last article discussed whether police violated one’s rights by stopping them on the street. It is important to understand that the police may only stop a bystander under certain circumstances. If law enforcement violates one’s rights then that individual may be able to exclude any evidence, which is found during the stop, from Court proceedings. If you feel your rights were violated then it is vital that you speak with a criminal defense attorney as soon as possible. In this article I will discuss whether law enforcement was permitted to stop and search an individual’s car. If you need assistance then contact my office to speak with a lawyer.

Peoria or Illinois state police may only stop a vehicle if the officers have “reasonable suspicion” that the driver is committing, or is about to commit, a crime. It is important to understand that the officers may not base reasonable suspicion on a “hunch.” They must be able to articulate specific facts which, based on their training and experience, indicate criminal activity. Examples of activity which justifies stopping a vehicle can include simple traffic violations such as the failure to stop at a red light, driving in excess of the speed limit, an illegal lane change, or an equipment violation (such as a broken tail light). Officers may not stop a vehicle simply because of how an individual looks or some other trait that, in no way, indicates criminal intent.

Officers who have properly stopped a vehicle may ask the driver to exit the vehicle for safety reasons. Also, for safety reasons, they may inspect any areas immediately within the driver’s reach. The officers, however, may not conduct a vehicle search or questioning of the individual which goes beyond the reason for the initial stop. As an example, if an officer stops someone for speeding then they may obtain the individual’s license, insurance, and issue a ticket. They may not launch into a full investigation of whether, for example, the individual has drugs in the car. If, during the course of the stop, facts arise that give the officers reasonable suspicion of additional criminal activity then they may expand the scope of the stop to investigate such activity.

If police officers violate the aforementioned principles then any evidence they discover as a result can potentially be excluded from court proceedings. The first step in this process is to file a Motion with the Court which explains how the law was violated. An evidentiary hearing will be held and the Court will decide whether or not the evidence should be suppressed. Depending on the facts of a given case, suppression of the evidence may lead to a dismissal of the charges. Search and seizure issues involve complicated areas of law and it is important that you retain an attorney experienced in handling such matters.

I am a Peoria criminal defense lawyer who is familiar with our local court system. As a former prosecutor and career litigator I have handled many such matters and my office is ready to assist you. Contact us today to schedule an initial consultation.