How Weapons May Elevate Domestic Violence Penalties In Peoria, Illinois 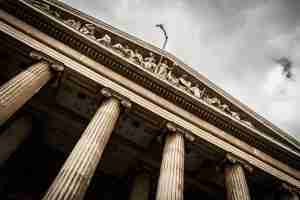 This is the next post in a series of articles discussing defending against domestic violence charges in Peoria, Illinois. The previous post addressed a common issue of self-defense in domestic violence cases. A person is entitled to defend themselves against the threat of imminent harm. If the wrong person is identified as the primary aggressor in a domestic dispute, it may be possible to argue self-defense. Successfully proving self-defense may result in a dismissal of the charges. In this article, I will discuss how the presence or use of a weapon during a domestic dispute may elevate criminal charges. If you have been charged with domestic violence, contact my office to speak with a lawyer.

Under Illinois law, committing battery against a family or household member is considered domestic battery. If the aggressor causes serious physical harm to the victim, the defendant will face enhanced felony charges for aggravated domestic battery. If a weapon was present or used during the attack, additional felony charges may also apply. Penalties resulting from the felony charges will be significantly more severe than simple domestic battery charges. For example, first time domestic battery offenders are often charged with a Class A misdemeanor, punishable by a maximum fine of $2,500 and up to one year of incarceration. If the charge is elevated to aggravated domestic battery, the prosecuting attorney may increase the charge to a Class 2 felony resulting in mandatory incarceration. If a firearm or other weapon is present or used in the dispute, the charge may be elevated further to a Class 4 felony for aggravated battery. This can mean the difference between being fined for the underlying event versus facing one to six years in jail for a Class 4 felony. In addition, the presence of a weapon may also lead to additional federal or state criminal penalties for illegal possession of a firearm or felon in possession violations.

Given the potential consequences of a conviction for aggravated domestic battery, I cannot stress enough the importance of retaining an experienced Peoria criminal defense attorney. My office will review all aspects of your case to explore and present all possible legal defenses on your behalf. If you have been accused of domestic violence, contact my office today to schedule a consultation. My office also represents clients in Bloomington, Decatur, Eureka, Galesburg, Morton, Normal, Pekin, Springfield, and Washington. We also serve the counties of Fulton, Knox, LaSalle, Marshall, Mason, McLean, Putnam, Rock Island, Schuyler, Stark, Tazewell, and Woodford.