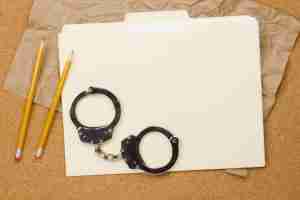 This is the second post in my series on recent legal changes which allow for the easier sealing of Illinois criminal records. My last article provided an overview of topics which this series will be addressing and stressed the need to speak with an attorney so that you may begin the process as soon as possible. The sooner you begin the process then the sooner you will be able to have it completed. In this article I will discuss the history and policy behind the recent change. If you need assistance then contact my office today to speak with a lawyer. My office is able to handle such matters for as low as $499 plus court costs.

On August 24th the Illinois Governor signed Public Act 100-284 into law. This allows for a greater number of persons to now be eligible for the sealing or expungement of their criminal records. Such individuals include those who were convicted of a crime which was not sexual or violent in nature. Depending on the type of offense, one may be able to seal their records in as few as two years after the defendant completes the requirements of their sentence. This is a dramatic change from prior Illinois law, which only allowed for the expungement or sealing of records under specific circumstances.

The goal of this recent change to the law is clear – our legislature is assisting those who have done their time in improving their ability to re-enter the workforce. Many employers conduct background checks of those who are applying for a job and, as is commonly known, a criminal history can make it very difficult for one to obtain employment. By allowing for the expansion of record sealing our legislature has taken steps to ensure that those who have been through the system are able to rejoin the workforce. This, in turn, should reduce the rate at which individuals re-offend and go back into the criminal system.

It is also worth noting that Illinois’ new laws are simply keeping pace with what is a large national trend. Many states have begun to realize that the overcriminalization of private conduct has created a system where qualified individuals find themselves locked out of the workplace. For reasons that are too long to discuss in this article, it is important to understand that it is harmful to the U.S. economy for such individuals to be disqualified from employment. Illinois’ change should not be seen as a “radical” move. Again, our state is simply staying in step with national trends.

If you believe you may be eligible to seal or expunge your record then it is important to begin the process of doing so. I am a former prosecutor and am familiar with the process of doing so. Contact my Peoria office today to schedule an initial consultation. I also serve the counties of Fulton, Knox, LaSalle, Marshall, Mason, McLean, Putnam, Rock Island, Schuyler, Stark, Tazewell, and Woodford. I also handle federal cases in Urbana.