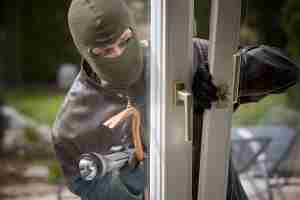 This is the next post in a series of articles discussing defending against burglary charges in Peoria, Illinois. My previous post provided an overview of the topics to be discussed throughout this series. Those charged with burglary should retain counsel with criminal defense experience to vigorously defend their interests. Burglary is a serious, and often misunderstood, criminal offense. In this article, I will explain how Illinois law defines burglary and explore the key elements of the offense. If you need assistance, contact my office to speak with an attorney as soon as possible.

The general public’s perception of burglary often differs from the legal definition. Most people use the term burglary synonymously with robbery or theft. Under Illinois law, burglary occurs anytime one enters a structure without permission with the intent of committing a crime while inside. Structures are not limited to buildings and may also include a car, a trailer, a motor home, a boat, etc. One can be convicted of burglary whether or not a crime is actually committed during the event. If the accused intended to commit a crime at the time of entry, burglary has occurred. For example, if an individual breaks into a locked store planning to steal merchandise and the police prevent the theft from occurring, that person has still committed burglary. One’s intent can often be inferred from their actions if a crime in fact took place. For instance, it would be difficult for a defendant to argue that they had not intended to commit theft after breaking into a car if they actually stole a sound system while inside. By way of comparison, one commits trespassing under Illinois law if they enter into a structure without permission without the intent of committing theft or another crime while inside.

The criminal penalties for a burglary conviction are significant. Burglary typically constitutes a Class 2 felony and carries a sentence of three to seven years. If the crime was committed in a home, school, church, or daycare then the defendant will be charged with a Class 1 felony, punishable by between four and fifteen years in jail. Further, Illinois considers home invasion, entering a dwelling knowing that a resident is present with the intent to commit a crime, even more serious. Those convicted of home invasion are often charged with a Class X felony, punishable by six to thirty years imprisonment. Other penalties include fines, firearm privileges, and a permanent criminal record.

In light of the serious consequences of a burglary conviction, it is imperative to retain an attorney with experience in the criminal justice system. As a former prosecutor who has been practicing law since 1992, I have an in-depth understanding of the Illinois court system and how to navigate the process. If you have been charged with burglary, contact my office to speak with a Peoria lawyer. I also serve clients in the cities of Bloomington, Eureka, Galesburg, Morton, Normal, Pekin, Springfield, and Washington. I also serve the counties of Fulton, Knox, LaSalle, Marshall, Mason, McLean, Putnam, Rock Island, Schuyler, Stark, Tazewell, and Woodford.