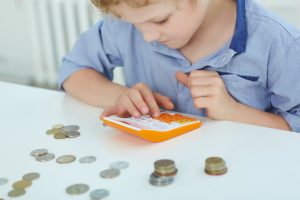 This is the first post in a series which will discuss the topic of “underemployment” in Peoria, Illinois child support cases. I am writing on this issue due to the fact that there is often a great deal of confusion as to what is considered “income” during the calculation of child support. This can lead to extreme levels of disagreement between a father and a mother. The goal of my coming articles is to provide information which will help people to fully understand their options. It is also my goal to provide information which will help people make an informed selection of an attorney. If you require assistance then contact my office today to speak with a child support lawyer.

I will be addressing a number of topics over my coming articles. Issues which I will analyze include:

There are multiple reasons why I have decided to write on these issues. First, it is important to understand that the Court may require a dad or a mom to pay a support amount that is higher than what would normally be justified by their income. The Court will issue such an order when it finds that a parent is choosing to earn less than what they are capable of. Second, a parent who wishes to show that their counterpart is underemployed must demonstrate proof to the Court. It is important to understand the process of initiating, and litigating, such a claim. Finally, the discovery process (which is how information is gained from the other side) is vital to gaining needed evidence.

If you are facing allegations of being underemployed, or your believe that your counterpart is earning less than what they are capable of, then it is important that you contact a child custody attorney for assistance. As a Peoria fathers’ rights lawyer, I am able to assist with such cases. Call my office today to schedule an initial consultation. I also service the cities of Bloomington, Eureka, Galesburg, Morton, Normal, Pekin, Springfield, and Washington. I also serve the counties of Fulton, Knox, LaSalle, Marshall, Mason, McLean, Putnam, Rock Island, Schuyler, Stark, Tazewell, and Woodford.