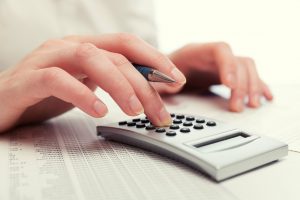 This post concludes and recaps my series on the handling of Peoria, Illinois child support cases in which one parent may be “underemployed.” I felt it was necessary to write on this issue due to the fact that child support is often a contentious issue between parents. This contention can greatly increase when one parent feels that the other is not earning an amount they are capable of. By understanding how the courts handle situations, which involve underemployment, a parent can be better prepared to move forward. The goal of my last several articles has been to provide information which will help people to better understand their situation. It has also been my goal to provide information which will assist with the selection of a family law attorney.

I discussed several issues over the course of this series. Matters which I analyzed include:

I addressed these topics for multiple reasons. First, it is important to understand that a Court will not find someone to be underemployed simply because their income is less than what they are capable of earning. It will need to be shown that the parent is, in fact, intentionally earning less than what they are capable of and they they have no intention of correcting their situation. Second, understanding the legal process can help a parent to decide whether they wish to initiate court proceedings. Finally, a Judge is unlikely to make a finding of underemployment without sufficient evidence. The discovery process is how that evidence is accumulated.

If you are involved in a family law dispute then it is important that you retain an experienced attorney to assist you. While the calculation of child support may seem straightforward, there are many factors which can complicate the proceedings. By retaining counsel you can help to ensure that the matter is handled properly. Contact my office today to speak with a Peoria child support lawyer. I also service the cities of Bloomington, Eureka, Galesburg, Morton, Normal, Pekin, Springfield, and Washington. I also serve the counties of Fulton, Knox, LaSalle, Marshall, Mason, McLean, Putnam, Rock Island, Schuyler, Stark, Tazewell, and Woodford.