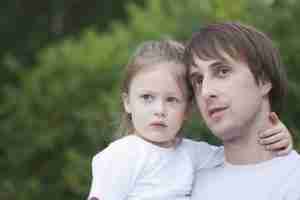 This is the next post in my series on the rights of unmarried fathers in Peoria and elsewhere in Illinois. My last article discussed the discovery process in child custody cases and why it is crucial to gathering needed evidence. Without adequately conducting discovery there is a chance that you will not be able to fully protect your rights as the case moves forward. In this article I will discuss another important topic – what to expect at trial. Knowing what to expect from the trial process is critical to ensuring that things go smoothly. If you have questions about your situation then contact my office today to speak with a fathers’ rights attorney.

Trial in child custody matters will be similar to what one typically sees portrayed in popular media with a few exceptions. First, there will not be a jury in such cases. The Judge will hold what is known as a “bench trial.” This means that the Judge will be responsible for deciding whether evidence should be admissible and for deciding how any admitted evidence should be interpreted. Second, unlike in a jury trial, the Court may not issue its decision immediately upon completion of the case (although it may). These differences aside, there will be many similarities to other trials which take place in our legal system.

Trial will begin with each party making an opening statement regarding the evidence which will be presented and a statement will be made as to how the Court should rule at the end of trial. The parent who initiated the legal proceedings will present their evidence and witnesses first. The responding parent will then present their case and the first parent will then be given an opportunity to present “rebuttal.” Rebuttal is not an opportunity to make new arguments or to raise new issues. The initiating parent may only use rebuttal to address specific points made by the responding party. Once all evidence has been presented then each side will make a closing argument. The Court will take the case under submission and issue a ruling once the Judge has reached his or her decision.

It is important to understand that the rules of evidence will be followed and enforced during the trial. This means that evidence will only be admitted and considered if it is properly introduced and a proper request for admission is made. Also, questions to a witness will be objectionable if they are not asked in the proper manner or if they are irrelevant. This means that if your lawyer is not experienced in conducting trials then they may not be able to fully present your facts to the Court. By retaining counsel experienced in handling trials you help to ensure that your entire side of the story is told.

I am a former prosecutor with extensive experience in taking cases to trial. My office will be in regular communication with you as your case moves forward and I will take steps to ensure that you know what to expect from the process. If you have questions about a child custody case then contact my office today to speak with a fathers’ rights attorney. In addition to Peoria, I also service the cities of Bloomington, Eureka, Galesburg, Morton, Normal, Pekin, Springfield, and Washington. I serve the counties of Fulton, Knox, LaSalle, Marshall, Mason, McLean, Putnam, Rock Island, Schuyler, Stark, Tazewell, and Woodford.