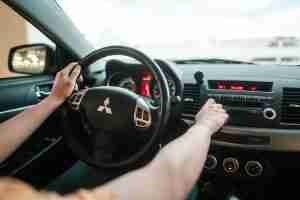 This is the final post in a series of articles discussing traffic-related offenses in Peoria, Illinois. Most drivers will receive traffic tickets at some point in their lives. The majority of these will be for minor violations that may be dealt with by paying a fine or appearing in traffic court. More serious charges, such as reckless driving, DUI, or hit and run, will result in more than a simple ticket and may have criminal consequences. One objective of this series has been to provide information to residents about how to deal with traffic-related offenses. Another goal has been to emphasize the importance of taking such charges seriously and retaining experienced counsel to represent your interests. Given the potential criminal penalties that may result from convictions, it is imperative to retain an attorney to vigorously defend your interests. If you need assistance resolving a traffic-related matter, contact my office to speak with a lawyer.

This series has addressed the following topics:

If you have received a traffic ticket, are the subject of a traffic warrant, or have been charged with a serious traffic-related offense, it is important to retain counsel to defend yourself for several reasons. First, a traffic warrant may be issued if a person fails to pay a ticket on time or appear in court when scheduled. Even if the person’s non-compliance is inadvertent, an outstanding warrant is a serious matter and should be dealt with as soon as possible to avoid potential criminal charges, fines, and other penalties. Second, convictions for reckless driving can carry serious criminal penalties, including jail time and significant fines. These penalties are in addition to losing one’s driving privileges. Third, leaving the scene of an accident resulting in property damage, injury, or death in a criminal offense. Depending upon the amount of damage or seriousness of the injuries caused, a driver convicted of a hit and run may receive significant jail time. Finally, if criminal activity is suspected or discovered during a traffic stop, drivers and inhabitants of the vehicle may face additional criminal charges. It is important to work with a criminal defense attorney to identify all potential defenses against such charges.

I have extensive experience defending Peoria residents in a wide variety of traffic-related charges. If you need assistance, contact my office today to schedule a consultation. In addition to Peoria, I serve clients in the cities of Bloomington, Eureka, Galesburg, Morton, Normal, Pekin, Springfield, and Washington. I also serve the counties of Fulton, Knox, LaSalle, Marshall, Mason, McLean, Putnam, Rock Island, Schuyler, Stark, Tazewell, and Woodford.