Understanding That Stalking And Harassment Are Not Private Legal Claims 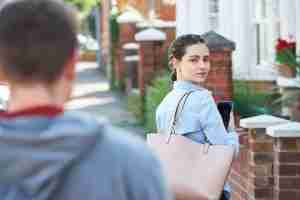 This is the next post in a series of articles discussing stalking and harassment charges in Peoria, Illinois. My previous post explained what to expect when taking such a case to trial. Criminal trials can be complicated and often involve various defense strategies as well as factual and legal arguments. In light of serious penalties for a stalking or harassment conviction, it is imperative to retain an attorney with criminal trial experience to represent your interests. Doing so can help ensure that your case is clearly and effectively communicated to the jurors and handled properly throughout the proceeding. In this post, I will discuss the criminal versus private nature of stalking and harassment charges and the impact of initiating a criminal case. If you need assistance, contact my office today to schedule a consultation with a lawyer.

Our legal system is primarily divided into civil matters and criminal charges. A civil dispute is generally a dispute between two private individuals or entities. When a plaintiff files a civil complaint against another party, they are often attempting to recover monetary damages from the defendant. Examples of civil actions include medical malpractice, breaches of contract, or personal injury cases. A criminal offense, on the other hand, is considered a crime against the state subject to prosecution by the government on the state’s behalf. Stalking and harassment are criminal offenses. Once law enforcement becomes involved in the matter, it will be up to the state whether or not to prosecute the accused. It is not uncommon for individuals to report such activities to the police and later wish to withdraw the complaint. For instance, a person may become irritated by angry text messages sent by an ex during an argument, report the behavior to the police as harassment, and regret the report after tensions have cooled. While the victim’s input may be an important consideration for the prosecution, the decision to pursue criminal action against the defendant will rest solely with the state.

If you have been charged with stalking and harassment, then it is imperative to understand that your case may be prosecuted even if the other person wishes to revoke or change their story. You will likely need a defense attorney to represent your interests. Consider the following example. A husband and wife are separated and engaged in a child custody battle. The two cannot agree on visitation schedules with their children and, after a particularly heated argument, the wife calls the husband’s cell phone thirty times in a row. He reports the behavior to the police, claiming harassment. He obtains a temporary protective order against her to protect himself and his children from her erratic actions. After a few days, he decides he overreacted and wants to withdraw his complaint and terminate the order. The matter is now in the hands of the state and the prosecution, however, who will take such accusations seriously and investigate whether the mother should face criminal charges. The issuance of the protective order and any pending charges may negatively affect her custody case. Furthermore, a conviction can result in a permanent criminal record, fines, and incarceration.

I cannot overemphasize the importance of taking stalking and harassment charges seriously. This is true even if you believe the accusations against you are false, exaggerated, or that the other party will “not press charges.” Law enforcement and the prosecution will take all accusations seriously and make the final determination regarding criminal charges. I am a former prosecutor with extensive criminal defense experience and am ready to assist you. Contact my office to speak with a Peoria lawyer. We also serve clients in Bloomington, Decatur, Eureka, Galesburg, Morton, Normal, Pekin, Springfield, and Washington and the counties of Fulton, Knox, LaSalle, Marshall, Mason, McLean, Putnam, Rock Island, Schuyler, Stark, Tazewell, and Woodford. Additional areas where we handle federal cases include Benton, Chicago, East St. Louis, Springfield, and Urbana.