Responding To Stalking Or Harassment Charges Based On False Claims In Peoria, Illinois 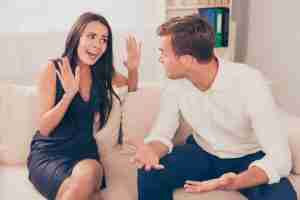 This is the next post in a series of articles discussing defending against stalking or harassment charges in Peoria, Illinois. My previous article discussed how to respond after being served with a protective order. It is important to contact a criminal defense lawyer as soon as possible to preserve your rights. In this post, I will discuss how one should respond to a criminal stalking or harassment charge when the allegations are either exaggerated or completely fabricated by the accuser. Because Illinois courts must take such accusations seriously, it is essential for anyone faced with allegations based on false claims to vigorously defend themselves. An experienced criminal defense attorney will assist you in presenting your case. If you have been charged with stalking or harassment, contact my office today to speak with a lawyer.

I discuss these issues further in the rest of this article and in this video:

Unfortunately, it is not uncommon for stalking or harassment charges to be based on false information. In some instances, an accuser may make false allegations of stalking or harassment against an ex after a nasty break-up or dispute out of vengeance to harm the reputation or otherwise cause trouble for the accused. This often occurs in situations involving a divorce or child custody dispute. The accuser may be attempting to gain leverage over the other party in the custody matter or property settlement. For instance, if an individual is subject to a protective order or is criminally convicted of stalking or harassment, the judge in the divorce case would likely consider that fact when making a custody determination. In some cases, the person may lose custody altogether or be limited to supervised visitation with a child. A desperate or vengeful ex may believe that bringing false charges against the former partner will help them win a favorable order.

In many cases, a person who is falsely accused mistakenly believes they can simply explain to the judge that the allegations are false and the matter will be dismissed. This is not the case. The accused must present a proper defense to the charges. Given the potential negative impacts that may result, it is essential to retain an experienced criminal defense attorney to defend against false charges as soon as possible. A lawyer will immediately begin an investigation into the claims and begin gathering evidence to refute the allegations. Objective evidence, such as work records showing time periods during which the accused was at work, for instance, may help dispute claims of stalking during the same time period. Other evidence, such as witness statements, emails, or social media records memorializing friendly conversations, may demonstrate behavior inconsistent with the accuser’s claims. In any case, experienced counsel will understand how to investigate the claims, locate evidence and effectively present it to a judge or jury in your defense.

If you have been falsely accused of harassment or stalking and need assistance, then contact my office today to speak with a Peoria criminal defense lawyer. We also serve clients in Bloomington, Decatur, Eureka, Galesburg, Morton, Normal, Pekin, Springfield, and Washington and the counties of Fulton, Knox, LaSalle, Marshall, Mason, McLean, Putnam, Rock Island, Schuyler, Stark, Tazewell, and Woodford. Additional areas where we handle federal cases include Benton, Chicago, East St. Louis, Springfield, and Urbana.