Signs That The Child Of A Peoria, Illinois Father May Be In Danger 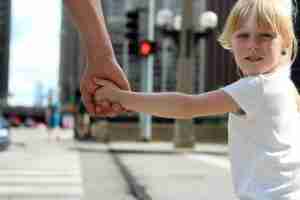 This is the next post in my series on the handling of emergency child custody cases in Peoria, Illinois. My last article discussed situations which Family Courts may consider an “emergency.” It is important to understand that Courts typically will not grant an expedited hearing unless it is apparent that a child is in some sort of immediate danger. If you believe that your son or daughter is in such a situation then it is important that you contact a fathers’ rights lawyer immediately. In this article I will discuss another important topic – the signs that there may actually be a dangerous situation. If you require assistance then call my office today to speak with an attorney.

There are many instances in which the danger to a child may be obvious. These include cases where it is clear that a parent is abusing drugs or alcohol. Clear cases of danger may also involve a parent committing crimes while the child is in their care or the regular commission of violence (such as domestic battery) in the presence of the child. In many such instances the parent will have been arrested, or Child Protective Services will have become involved, and a father will quickly file a Motion with the Court after the mother was arrested or the child was taken out of the home.

There are also instances where there are signs of problems which are not as apparent. If, for example, a young person sees a sudden drop off in their academic performance, or if they suffer from rapid changes in their behavior, then such changes may be signs that the child is going through some type of trauma. If a parent notices such changes in their child then it is vital that they quickly get to the bottom of what’s going on and that they take action with the Court. Again, the longer a parent allows a situation to go on then the less likely the Court is to deem the matter an emergency. This is just one reason why you must take immediate action if your child is struggling.

If you are a Peoria father, and your child is struggling, then it is best to contact a family law attorney as soon as possible. My office understands the urgency of such matters and we are ready to assist you. Call today to speak with a lawyer. I also service the cities of Bloomington, Eureka, Galesburg, Morton, Normal, Pekin, Springfield, and Washington. I also serve the counties of Fulton, Knox, LaSalle, Marshall, Mason, McLean, Putnam, Rock Island, Schuyler, Stark, Tazewell, and Woodford.