Claiming Self-Defense In Assault And Battery Cases In Peoria, Illinois 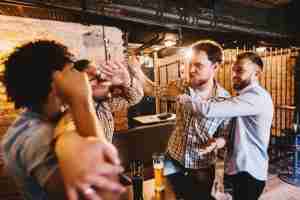 The is the second post in a series of articles addressing defending against assault and battery charges in Peoria, Illinois. The previous post provided an overview of the key topics covered by this series. It also stressed the importance of retaining a qualified defense attorney to represent your interests. This article will focus on self-defense and a common defense strategy in assault and battery cases. It is not uncommon for a person who is merely defending himself from the threat of force from another to be incorrectly viewed as the primary aggressor. In these cases, understanding how a self-defense claim may prevent an assault and battery conviction will be essential. If you or someone you know has been accused of a crime, then contact my office today to speak with a lawyer.

When an individual is reasonably in fear of imminent harm to himself or others, or actual physical harm is occurring, that person is entitled to react with the proportionate amount of force necessary to protect himself (or others). This concept, known as self-defense, will provide an affirmative defense to an assault and battery charge wrongfully asserted against the accused. The key elements necessary to claim self-defense are evidence proving who was the original aggressor in the altercation and demonstrating that the force used to protect the accused was a reasonable reaction to the initial assault or battery. Evidence such as eyewitness statements, physician reports or security camera footage may help support a self-defense claim.

This can best be demonstrated by the following examples. Consider a situation in which Joe and Bob are at a concert. Bob is angry that Joe keeps standing up in front of him and blocking his view. Bob threatens repeatedly to punch Joe and finally shoves him out of the way. Joe responds by shoving Bob back several times to prevent him from continuing to attack Joe. When the police arrive, several people in the crowd wrongfully identify Joe as the initial attacker. Assuming Joe can demonstrate to the judge that did not in fact start the altercation, his response would likely be viewed as a reasonable response to Bob’s threats and physical contact. Now assume that instead of shoving Bob, Joe threatens Bob with a gun. Joe’s reaction may not be seen as a reasonably appropriate response the Bob’s initial actions and self-defense may not be a viable defense to his actions.

As demonstrated above, the success or failure of a self-defense claim will be highly fact specific. Engaging a defense attorney as soon as possible after the event will help ensure that witnesses and other evidence can be preserved and gathered in support of your defense. If you have been charged with assault and battery, contact my office today to speak with a lawyer. I also represent clients in Bloomington, Decatur, Eureka, Galesburg, Morton, Normal, Pekin, Springfield, and Washington. We also serve the counties of Fulton, Knox, LaSalle, Marshall, Mason, McLean, Putnam, Rock Island, Schuyler, Stark, Tazewell, and Woodford.