How Illegal Searches And Seizures May Impact Child Pornography Cases In Peoria, Illinois 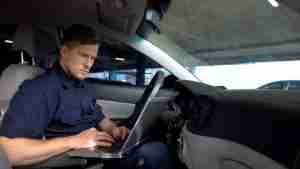 This is the next post in a series of articles discussing child pornography charges in Peoria, Illinois. My previous post discussed one possible defense that may be available to those accused of such crimes – the legitimate lack of knowledge that the pornographic materials involved a minor. A defendant must demonstrate that they inquired about or took some form of action to confirm the person’s age and reasonably relied on the information in engaging in the alleged illegal activity. Other defense strategies commonly arise in child pornography cases. In this article, I will address how illegal searches and seizures by law enforcement may present additional defense options for those accused of such offenses. If you or a loved one have been arrested, contact my office today to speak with a lawyer.

I have previously discussed how violations of a defendant’s constitutional rights by law enforcement may impact a criminal case. The US Constitution establishes several requirements that police and other government agencies must follow when investigating a crime, arresting an accused individual, and gathering evidence. If such requirements are violated, evidence that is illegally obtained as a result may be excluded from the case. For instance, the Fourth Amendment of the Constitution prohibits illegal searches and seizures. Generally speaking, officers are required to obtain a warrant before searching a person’s home, computers, or electronic devices for evidence of a crime. If a search is conducted without a warrant, it may be possible to prevent any incriminating evidence found during such search from being used against the accused. In some situations, the exclusion of such evidence may lead to the complete dismissal of the charges. There are a number of exceptions to the warrant requirement, therefore whether an illegal search or seizure has occurred is highly fact-specific. An experienced criminal defense attorney can review your case and help identify any potential violations of your rights.

It is not uncommon for a child pornography case to involve illegal search and seizure issues. Consider the following example. Police officers respond to an individual’s home after a neighbor reports a potential domestic violence disturbance. After the police enter the house, they notice a pornographic film playing on the television that appears to involve a minor. The officers then seize the person’s computer and phone, conduct a search on each, and identify additional potentially illegal materials involving child porn. He is arrested and charged with possession of child pornography. Because the film on the television was in the officers’ plain sight, the material would not be considered to have been found during an illegal search. The “plain sight” exception to the warrant requirement, however, would not apply to the seizure of the person’s computer or phone or the subsequent warrantless search of those items. It may be possible, therefore, to exclude evidence identified on those devices from the trial. Depending upon what other evidence or defenses exist in the case, the exclusion may lead to a dismissal of the child pornography charges.

As a former prosecutor, I understand that child pornography charges are vigorously pursued by law enforcement. It is imperative to contact an attorney with experience defending against such matters. If you have been arrested for child pornography charges, contact my office to speak with a Peoria criminal defense lawyer. In addition to Peoria, I serve clients in the cities of Bloomington, Eureka, Galesburg, Morton, Normal, Pekin, Springfield, and Washington. I also serve the counties of Fulton, Knox, LaSalle, Marshall, Mason, McLean, Putnam, Rock Island, Schuyler, Stark, Tazewell, and Woodford.