The Impact Of Search And Seizure Issues In Peoria, Illinois Solicitation Cases 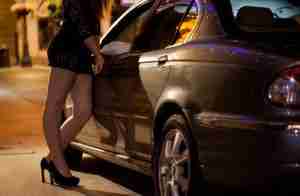 This is the next post in my series of articles discussing defending against solicitation charges in Peoria, Illinois. My previous post provided an overview of the topics to be addressed in the series. It also emphasized the importance of engaging an experienced defense lawyer to represent you if you have been charged with solicitation. In this article, I will review a common issue that arises in these cases: evidence obtained through a violation of the defendant’s Fourth Amendment rights. If you have been charged with solicitation, contact my office today to speak with an attorney.

The Fourth Amendment of the US Constitution requires law enforcement officials to follow certain rules when arresting a person suspected of committing a crime. These legal parameters apply when the police arrest someone for solicitation of prostitution. Police are required to have reasonable suspicion that a crime has been committed before stopping a suspect. In the case of solicitation, thanks to television and movies, one can easily imagine some obvious scenarios where police would in fact have probable cause of this type of activity. It is also quite possible, given the definition of solicitation, to envision circumstances where an overzealous officer makes an arrest without having the necessary reasonable suspicion of criminal activity. Remember, solicitation occurs when a person offers to engage in sexual acts with someone in exchange for money or other items of value. No actual sexual activity must take place for a person to be arrested for solicitation. Police observations of innocent interactions may be misconstrued as such activity. Without the necessary reasonable suspicion to support a solicitation charge, it may be possible to exclude certain evidence from the case.

Consider the following example. Suppose an undercover police officer notices a provocatively dressed woman sitting alone in a bar in an area of town known for prostitution activity. While observing the scene over a few hours, he notices that several men have approached and spoken to her. A fifth man chats with her and the two leave the bar together. The officer concludes that she must be a prostitute and arrests both individuals. The woman is charged with prostitution and the man is charged with solicitation of prostitution. He takes witness statements from the bartender and other patrons and security camera footage from the bar to use as supporting evidence. A knowledgeable defense attorney may make the argument that the officer did not have the necessary probable cause to make the initial arrest. Simply dressing provocatively and leaving with another patron, standing alone, may not equate to reasonable suspicion that a crime is being committed. The attorney would interview the same witnesses, review the camera footage and may file a Motion to challenge the stop of the suspects. If successful, the case may possibly be dismissed. This may result in the dismissal of the charges against the male charged with solicitation.

To pursue a Fourth Amendment defense, it is imperative to retain a knowledgeable criminal defense lawyer to represent you. Each case will be different and the court’s determinations are extremely fact specific. An attorney will explain your rights and options. If you have been arrested on charges of solicitation, contact my office today to schedule a consultation. We also service the cities of Bloomington, Decatur, Eureka, Galesburg, Morton, Normal, Pekin, Springfield, and Washington. We also serve the counties of Fulton, Knox, LaSalle, Marshall, Mason, McLean, Putnam, Rock Island, Schuyler, Stark, Tazewell, and Woodford.