The Impact Of Search And Seizure Issues In Peoria, Illinois Marijuana Trafficking Cases 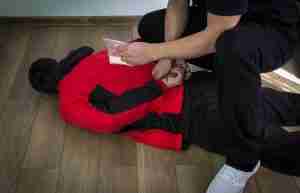 This is the next post in my series of articles about defending against marijuana trafficking charges in Peoria, Illinois. The last post discussed what constitutes trafficking under Illinois and federal law and the potential penalties one might face if convicted of this offense. I also stressed the importance of retaining an experienced defense attorney to represent your interests. This article will discuss a common defense to cannabis charges: violations of search and seizure rights. If you have been arrested, contact my office today to speak with a defense lawyer.

The Fourth Amendment of the US Constitution requires law enforcement officials to follow certain rules when searching for evidence of a suspected crime. These rules apply to police when they search a person’s vehicle during a traffic stop. First, the officer must have a legitimate reason for pulling someone over, such as a speeding violation or a missing tail light. The justification for the stop must not be a mere pretext for stopping the vehicle. During the stop, the police are within their rights to ask the driver to exit the vehicle and perform a pat down search. In addition, the officer may seize any items in plain sight and search the area in the driver’s immediate reach. Without a search warrant, however, a cop is not permitted to search within the trunk of the vehicle during the stop. Drugs or other contraband items found during the permitted searches may be admissible in court as evidence of criminal activity. If, on the other hand, law enforcement conducts an illegal search, it is possible that some or all of the evidence may be excluded. In some cases, this could result in a dismissal of the criminal charges.

Commonly, evidence of marijuana trafficking is found during a traffic stop. For instance, suppose Illinois police pull someone over for failing to use their signal when changing lanes. The police ask the driver to step out of the vehicle and frisk him. During the pat down, the cops find a bag of weed in the driver’s pocket. They also find a duffle bag in the passenger seat containing several more large bags of cannabis. Assuming the initial reason for the traffic stop was legitimate, this evidence may be used to charge the driver with trafficking. Now suppose, however, the defendant obtains a copy of the cop’s dashboard camera, which records the moments before he was pulled over. The footage shows he clearly used his signal appropriately. In this case, the police’s lack of justification for stopping the driver in the first place may result in a court deciding that the search was illegal. Therefore, the illegally seized evidence would not be admissible and the charges would likely be dropped.

Other possible Fourth Amendment related defenses arise when the police go too far with their search during a stop. For example, as stated above, a search warrant is required before the cops can search someone’s trunk. If an overzealous officer opens the trunk without a warrant, evidence found in the process will likely be inadmissible. Another defense may apply if a vehicle has been impounded. Law enforcement may impound a vehicle after arresting its driver and may inventory the contents of the car as part of their intake process. This includes items in the trunk. Drugs found during a legitimate inventory may be admitted as evidence. A defendant may challenge the validity of this process, however, if there is evidence that the police simply used the impoundment process to get around the search warrant requirement. If so, drugs found during the inventory may also be excluded.

To pursue these defenses, it is imperative to retain defense counsel with the experience needed to represent your interests. Your attorney will file the appropriate motions to suppress the evidence and have the opportunity to question the police at a hearing. Understanding the legal parameters and presenting your case to the judge will be essential to a successful challenge. Marijuana trafficking carries serious criminal penalties. A lawyer with knowledge of these matters can help you understand your options. Contact my office today to schedule a consultation.