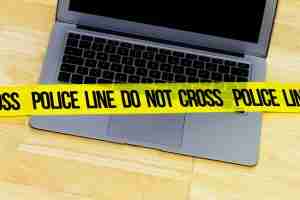 This is the next post in a series of articles discussing criminal fraud charges in Peoria, Illinois. My previous post discussed the definition of fraud and the range of potential penalties if one is convicted. Fraud is broadly defined as engaging in deceptive behavior with the intent to gain something of value. There are innumerable ways in which the crime can be committed, including mail fraud, identity theft, internet scams, etc. Depending upon the value of the money or property that was misappropriated, and the method used to commit fraud, the penalties can range from serious misdemeanors to felonies punishable by fines and jail time. It is, therefore, imperative to contact an experienced criminal defense attorney if you have been accused of such charges. Given the nature of fraudulent offenses, it is often possible to defend against the accusation. In this post, I will discuss a common defense: violations of one’s Fourth Amendment rights against illegal searches and seizures. If you need assistance, contact my office to speak with a lawyer.

The Fourth Amendment of the United States Constitution prohibits law enforcement from engaging in unreasonable “searches and seizures” of one’s property, records, home, and more. Under most circumstances, police must obtain a search warrant based on probable cause of wrongdoing before conducting a search. This protection also extends to evidence in electronic forms such as data stored on cell phones, computers, servers, and cloud storage. For instance, if an individual is arrested by police at their home, the police are not permitted to immediately access their home computer to search through emails or other files. Instead, they are required to obtain a warrant in order to seize and search the computer. The warrant must be properly issued by a Judge based upon probable cause. Evidence that is acquired in violation of these requirements may be excluded from the case. Depending upon the other evidence available to the prosecution, the exclusion of crucial evidence may lead to the dismissal of the fraud charges entirely.

Criminal fraud cases commonly involve search and seizure issues. Given the nature of the crime, evidence of fraud is often found in computer files, emails, electronic bank records, or text communications. A validly issued search warrant is generally required to search such information. Consider the following example. Police arrest an individual on suspicion that she is operating a fraudulent internet sales scam from her home. Law enforcement has been investigating her for months prior to the arrest, during which time they have gathered evidence against her by hacking into her computer to obtain emails and other files. They did not have a warrant to engage in such searches at the time. It may be possible to challenge any evidence obtained without a warrant and have such information excluded from the case. If no additional proof of fraud can be found, those charges may be dropped. The court’s ruling in any criminal matter will depend upon the specific circumstances of each case.

Search and seizure cases can involve complicated legal theories. As a former prosecutor, I understand how to effectively present such arguments to the Judge on behalf of my clients. If you have been charged with fraud and need assistance, contact my office to speak with a Peoria lawyer. In addition to Peoria, we also serve clients in Bloomington, Decatur, Eureka, Galesburg, Morton, Normal, Pekin, Springfield, and Washington and the counties of Fulton, Knox, LaSalle, Marshall, Mason, McLean, Putnam, Rock Island, Schuyler, Stark, Tazewell, and Woodford. Additional areas where we handle federal cases include Benton, Chicago, East St. Louis, Springfield, and Urbana.