The Impact Of Search And Seizure Issues In Peoria, Illinois Drug Trafficking Cases 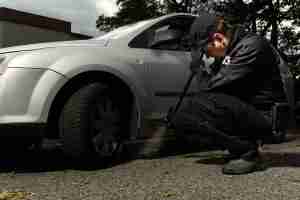 This is the next post in my series of articles discussing defending against drug trafficking charges in Peoria, Illinois. The last post discussed the potential penalties one might face if convicted of drug trafficking. This offense is a felony level charge in Illinois, which may result in long periods in jail and staggering fines. Felony convictions that become part of one’s permanent criminal record may also restrict one’s ability to own firearms, find employment, or obtain housing in the future. This article will discuss how police violations of search and seizure protocols may be a defense to drug trafficking charges. If you have been arrested, contact my office today to speak with a defense lawyer.

The Fourth Amendment of the US Constitution requires law enforcement officials to follow certain rules when searching for evidence of a suspected crime. Generally speaking, police are required to obtain a warrant before searching a person’s home, vehicle, electronic devices, etc. Exceptions apply in a variety of circumstances, such as emergency pat-downs of individuals suspected of a crime or when police see evidence of a crime in plain sight. If a search is conducted without a warrant and is found to have been in violation of the rules, it may be possible to exclude evidence found during such search from being used against the accused. In some situations, the exclusion of such evidence may lead to the complete dismissal of the charges.

Drug trafficking charges very often arise in connection with traffic stops during which the police find drugs within a vehicle or in the possession of a driver or passengers. The Fourth Amendment requires law enforcement to have a legitimate reason for pulling someone over or probable cause that criminal activity is occurring. The justification for the stop must not be a mere pretext for stopping the vehicle. During the stop, the police may ask the driver to exit the vehicle and frisk them without a warrant. In addition, the officer may seize any items in plain sight and search the area in the driver’s immediate vicinity. For instance, if a firearm is visible on the passenger’s seat, the officer would be able to immediately seize it until further information is available. Without a search warrant, however, a cop is not generally permitted to search within the trunk of the vehicle during the stop. Drugs or other illegal items found during the permitted searches may be admissible in court as evidence of criminal activity. If, however, a search is determined to be illegal, some or all of the evidence may be excluded. In some cases, this could result in a dismissal of the criminal charges.

Consider the following example. An officer sees a van with out-of-state plates loitering in a fire lane outside of an apartment building known for drug-related activity. He approaches the vehicle to ask the driver to leave the area. Without any specific evidence, he suspects that the occupants may be involved in a drug deal. The officer asks the driver to exit the vehicle, pats him down, but does not find any evidence of drugs or guns in his possession. No drugs are visible when he looks into the van. He cuffs all of the van’s occupants and begins to search in the trunk, glove box, and under the seats, where he finds large amounts of heroin. The individuals are placed under arrest and subsequently charged with drug trafficking. Under these circumstances, the officer’s initial stop was based on a legitimate violation. His initial search of the driver and visual search of the vehicles contents may have been justified. However, the in-depth search of the van without first obtaining a warrant may be considered an illegal search. If so, it may be possible to exclude the illegally obtained evidence from the case. This area of law can be extremely complicated. A criminal defense attorney with experience in such matters can review the facts of your case to determine whether any illegal search took place. How a Judge will rule on any Fourth Amendment issue will depend on the specific facts of each case.

Whether a person is convicted or cleared of drug trafficking charges may hinge on proving police misconduct during an illegal search. I cannot overstate the importance of retaining an attorney with experience handling such matters. If you have been charged with drug trafficking, contact my office to speak with a Peoria lawyer. We also service the cities of Bloomington, Decatur, Eureka, Galesburg, Morton, Normal, Pekin, Springfield, and Washington. We also serve the counties of Fulton, Knox, LaSalle, Marshall, Mason, McLean, Putnam, Rock Island, Schuyler, Stark, Tazewell, and Woodford. Additional areas where we handle federal cases include Benton, Chicago, East St. Louis, Springfield, and Urbana.