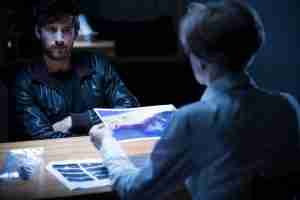 This is the next post in my series on the handling of computer related “cyber” crime cases in Peoria, Illinois. My last article discussed some of the differences between state and federal cyber crime charges. Those who have been charged by the U.S. Department of Justice are facing prosecution by the federal government. It is crucial that they retain a criminal defense attorney who is licensed to handle, and is experienced in the handling of, such matters. In this article I will discuss how search and seizure issues can impact the outcome of such cases. If you believe that your rights have been violated then contact my office today to speak with a lawyer.

The Fourth Amendment to the United States Constitution provides individuals with the right to be free from an illegal search or seizure of their property. This right extends to one’s computers, cell phones, and other digital devices. Generally speaking, under Riley v. California, officers must obtain a search warrant before gaining data from such devices. This means, for example, that if the FBI or local police arrest a suspect, and immediately start going through their phone to gain evidence, without a warrant, then any information recovered from the device may potentially be inadmissible during Court proceedings. If the charges are dependent on the illegally seized evidence, then such a ruling may result in a dismissal of the case. If, however, there is other evidence to support the charges then the prosecution may still move forward.

There are certain exceptions to the foregoing concepts. One such exception is the “plain sight rule.” Suppose, for example, that the defendant’s laptop is open, and the screen is on, at the time that he or she is arrested. Now suppose that, without touching the computer, law enforcement officers see incriminating evidence on the screen and make a note of such information. This viewing of evidence would likely give the officers probable cause to believe that cyber crimes (as evidenced by the computer screen) had occurred. The officers (notwithstanding any hearsay issues) may be able to testify to the information in open court due to their having seen it in plain sight while the computer was open. It is important to remember that whether or not information will be admissible is always going to depend on the specific facts of the situation.

The first step in excluding illegally seized evidence from Court is to file a Motion requesting such a ruling. The prosecution will file a response and the Judge will schedule an evidentiary hearing. The arresting officers will testify at this hearing and the defendant’s lawyer will be able to cross-examine them as to how they collected evidence. The Court will issue its ruling, as to whether the evidence will be admissible, shortly after the hearing has concluded.

If you have been charged with a computer related crime, and you believe that your rights were violated, then contact my office today to speak with a Peoria criminal defense attorney. I am a former prosecutor who believes that everyone is entitled to vigorous representation. I understand that you are facing a serious situation and I will give your case the attention it deserves. Contact us today. I also service the cities of Bloomington, Eureka, Galesburg, Morton, Normal, Pekin, Springfield, and Washington. I also serve the counties of Fulton, Knox, LaSalle, Marshall, Mason, McLean, Putnam, Rock Island, Schuyler, Stark, Tazewell, and Woodford. I also handle federal cases in Urbana.