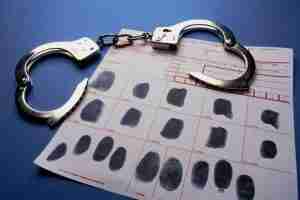 This is the next post in a series of articles discussing defending against burglary charges in Peoria, Illinois. My previous post discussed the importance of defending against the charges associated with burglary. Given the legal definition of burglary, such charges are almost always accompanied by other related crimes. If one can successfully defend against the underlying alleged criminal activity, their burglary charges may also be dismissed. It is imperative to engage criminal defense counsel with experience defending clients against burglary charges to represent your interests. In this article, I will discuss another common defense to such allegations – illegal searches and seizures by law enforcement. If you need assistance, contact my office to speak with a lawyer.

The US Constitution establishes several requirements that police and other government agencies must follow when investigating and gathering evidence of a suspected crime. One such requirement is established by the Fourth Amendment of the Constitution, which prohibits illegal searches and seizures. Generally speaking, law enforcement officers must obtain a warrant before searching a person’s home, phone, or computer for evidence of a crime. If a search is conducted without a warrant, it may be possible to prevent any incriminating evidence found during such search from being used against the accused. In some situations, the exclusion of such evidence may lead to the complete dismissal of the charges. It is important to understand that there are a number of exceptions to search and seizure requirements. An experienced attorney can review the specific facts of your case to identify any potential violations of your rights.

As mentioned previously in this series, burglary often accompanies charges for other criminal activity, such as theft, destruction of property, or assault. If one successfully defends against the associated criminal charges, the accompanying burglary charge may also be dismissed. In this context, proving that police obtained evidence in violation of the Fourth Amendment in connection with the underlying crime may lead to a dismissal of the burglary charge as well. For instance, a person is charged with burglary and theft for breaking into a closed convenience store and stealing property. The prosecution’s charges are based on evidence found by police during an unwarranted search of the accused’s home after they respond to an unrelated domestic violence call. If the evidence found during the illegal search is excluded, the theft and burglary charges may be dismissed if no additional evidence exists. It is important to note that the Court’s decisions on such matters are always based on the facts of the specific situation.