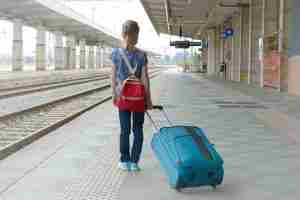 This is the first post in a series of articles discussing the rights of Peoria, Illinois fathers in cases involving a request to relocate their child outside of Illinois. There are countless reasons why parents elect to move. Whether for employment, relationships, family concerns, or personal taste, when a co-parent decides to relocate and wishes to take a child with them, the decision impacts the entire family. Relocation requests are among the most highly contested custody issues because they often result in significant periods of separation between a parent and child. A father faced with such a request or desiring to make a relocation request himself may not understand how to proceed. This series will explain the legal process employed by Illinois courts when reviewing a request to relocate a child out of state. Another goal is to prepare fathers who may decide to defend against such a request by his co-parent. It is imperative to retain the services of an experienced custody attorney to represent your interests in a relocation matter. If you need assistance, contact my office today to speak with a lawyer.

I will discuss the following issues in this series:

These topics are important for any Illinois father dealing with a relocation matter for a variety of reasons. First, one should have a basic understanding of the factors considered by Illinois judges when reviewing a request to move a child outside of the state. This information will affect how one presents or defends against such a request. Second, a parent petitioning the court should develop a plan with as much detail as possible regarding the move. A court will consider these details when evaluating whether to grant the relocation motion. Third, one should understand the process of filing the initial motion for relocation with the court, how the counterpart parent may respond and the possible outcomes. Fourth, as with other court proceedings, parties will be required to present evidence in support of their respective positions. Discovery, the legal process of gathering evidence, will play an important role. Fifth, if a matter proceeds to trial, one should understand what to expect from that process. Next, after the court has issued its ruling, following the court’s order is imperative. Last, when a father is opposed to his counterpart’s request to move a child out of state, it is possible to defend against the request. Engaging a knowledgeable custody attorney can help fathers navigate the legal requirements throughout this contentious process.

I am a Peoria fathers’ rights attorney who assists with such matters. If you need assistance with a relocation request, contact my office today to schedule an initial consultation. In addition to Peoria, I serve clients in the cities of Bloomington, Eureka, Galesburg, Morton, Normal, Pekin, Springfield, and Washington. I also serve the counties of Fulton, Knox, LaSalle, Marshall, Mason, McLean, Putnam, Rock Island, Schuyler, Stark, Tazewell, and Woodford.