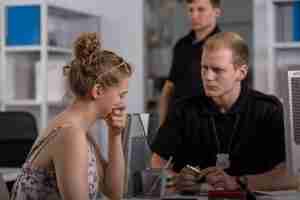 This is the next post in my series on the handling of “felon in possession of a firearm” charges in Peoria, Illinois. My last article explained the Federal Government’s law against felons possessing guns. It is important for those with a prior conviction to understand that it is a violation of the law for them to possess a firearm. Whether or not they actually own the weapon is irrelevant. I cannot stress enough the fact that felon in possession charges will carry serious consequences. If you or a loved one have been arrested then it is vital that you contact a criminal defense attorney immediately. In this article I will discuss an issue which sometimes leads to confusion – that issue is the fact that one on parole or probation does not have the same rights against search and seizure, by law enforcement, that others enjoy. If you are in need of assistance then call my office today to speak with a lawyer.

I have previously discussed how search and seizure issues can impact firearm related charges. Generally speaking a firearm, that is recovered through law enforcement’s violation of the Fourth Amendment, will not be admissible in Court proceedings. This general rule, however, may not apply to one who is on probation or other court supervision. Typically, the terms of a convicted person’s supervision will require that they submit to any search requests made by their supervising officer or other law enforcement personnel. In a nutshell, this means that the police, as well as one’s probation officer, can search an individual without suspicion of criminal activity. Furthermore, probation officers can generally search a person’s home without notice and without evidence of illegal conduct. If any such searches lead to the discovery of a gun, then the individual may find themselves being charged as a felon in possession of a firearm.

The foregoing rules do not mean that a person, who has a prior conviction, is completely without rights. It is the burden of the prosecution to actually prove that a probationer knowingly possessed a firearm. Say, for example, that an individual on probation borrowed the car of a friend. The probationer was not aware that the friend keeps a gun in the glove compartment. Now suppose that the individual is pulled over for an illegal lane change. Upon running their driver’s license, law enforcement officers realize that the individual is on probation. As such, they decide to search the vehicle. The individual is arrested for the gun in the glove box. While the suspect may have no right against such a search, they would be able to raise the defense that they were not knowingly in possession of a firearm. This could potentially serve as a defense to both revocation proceedings as well as any new charges. How the Court will rule in any given case, however, is always going to depend on the specific facts of the situation.

If you or a loved one have been charged with being a felon in possession of a firearm, then contact my office today to speak with a Peoria criminal defense lawyer. I am a former prosecutor who believes that everyone is entitled to a vigorous defense. I am familiar with our local court system and my firm is ready to assist you. Call today to speak with an attorney. I also serve the counties of Fulton, Knox, LaSalle, Marshall, Mason, McLean, Putnam, Rock Island, Schuyler, Stark, Tazewell, and Woodford. I also handle federal cases in Urbana.