Dealing With A Reckless Driving Charge In Peoria, Illinois 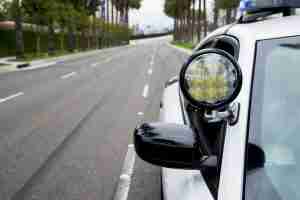 This is the next post in a series of articles about handling traffic-related offenses in Peoria, Illinois. My previous post discussed how residents should respond if a traffic warrant is entered against them. Traffic warrants can have serious negative consequences, such as a suspended license, and increased penalties or fines. It is possible in many cases to have warrants dismissed and avoid the potential for arrest. An experienced attorney can assist you with the process to resolve such matters. In this article, I will discuss another serious traffic-related offense: reckless driving. Individuals who receive a citation for reckless driving must understand that the penalties for such a charge are not the same as a minor traffic ticket. Given the long-term consequences of a reckless driving conviction, it is imperative to retain counsel to defend your interests. If you need assistance, contact my office today to speak to a lawyer.

Under Illinois law, one can be charged with reckless driving if their conduct indicates a blatant disregard for the safety of others. This may include deliberate actions, such as drag racing, excessive speeding, or passing another vehicle in a double-yellow line area. Many people make the mistake of thinking that a ticket for reckless driving can simply be paid like a regular ticket and may only result in points on one’s license or temporary interruption in driving privileges. This is not the case. Reckless driving is a criminal charge. Most first offenders will be charged with a Class A misdemeanor, which is punishable by up to one year in jail and up to a $2,500 fine. If another person is injured or disfigured as a result of the recklessness, the offender may be charged with “aggravated reckless driving.” The elevated offense is a Class 4 felony and is punishable by between one and three years in jail and significant fines. When one pleads guilty to or is convicted of reckless driving, it becomes a part of their permanent criminal record. The information will be available to employers and others who perform a background search, which may impact employment, housing, professional licensures, and more. For these reasons, it is important to retain counsel to defend you against reckless driving charges. Doing so may lead to a reduction in penalties or dismissal depending upon the circumstances.

In many cases, it is possible to defend against reckless driving charges. Successfully doing so may result in the complete dismissal of the case against you. Identifying extenuating circumstances that existed at the time, for instance, may justify or excuse your recklessness. For example, if you were excessively speeding because you were racing to the hospital to see a dying loved one, this fact may be presented in your defense. Alternatively, a mechanical failure in the vehicle, such as faulty brakes, may have caused erratic driving. Other common defenses may include a violation of your Miranda rights. If such a violation exists, the prosecution will not be permitted to use evidence against you that was obtained as a result. Retaining a defense lawyer immediately can help you identify potential defenses.