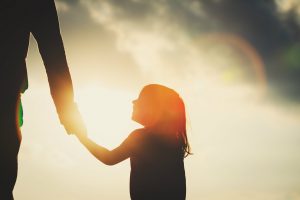 This is the next post in my series on the handling of Peoria, Illinois child support cases in which one parent is alleged to be “underemployed.” My last article discussed when a Court may find a parent to be underemployed for child support purposes. It is important to understand that Judges will typically only reach such a ruling if it is shown that a parent is choosing to earn less than what they are capable of. If, instead, it is shown that a parent is making a good faith effort to earn more money, then a Judge is more likely to set support in an amount that is proportionate to that parent’s current income. In this article I will discuss the process of litigating a claim of underemployment. It is important that you retain an attorney to assist you with the process. If you require assistance then contact my office today to speak with a fathers’ rights lawyer.

Claims of underemployment typically arise in a few different ways. First, a parent may file a request to have their child support reduced on the basis of their income having gone down. Second, it is not uncommon for a parent to engage in “self help” and to simply start paying less after their income is reduced. In these instances, the receiving parent is likely to file a Contempt Motion with the Court as the paying parent would be in violation of the Judge’s operative Order. The first step in either of these situations is for one parent to file a Motion with the Court. A hearing will be scheduled and the Judge will typically make a temporary ruling, regarding support, at that time. A trial date will be set. The purpose of the trial is to determine whether or not the paying parent should be considered underemployed for the purposes of calculating child support.

Each side will be permitted to conduct “discovery” in preparation of the upcoming trial. This is a process by which each side will be able to gain information from the other. I will discuss the discovery process further in my next article. The case will proceed to trial after discovery has been completed. Each side will present their evidence and the Judge will reach a conclusion. The Court will then issue a new order which each side will be required to abide by. Litigating such matters can involve complicated issues of fact and law. It is, therefore, suggested that you contact an attorney to assist you.

Call my office today to speak with a Peoria fathers’ rights lawyer for assistance with child support matters. I am a former prosecutor who believes that everyone is entitled to aggressive representation in Court. My office is ready to assist you. I also service the cities of Bloomington, Eureka, Galesburg, Morton, Normal, Pekin, Springfield, and Washington. I also serve the counties of Fulton, Knox, LaSalle, Marshall, Mason, McLean, Putnam, Rock Island, Schuyler, Stark, Tazewell, and Woodford.