The Process For Peoria, Illinois Fathers Who Are Seeking Emergency Child Custody 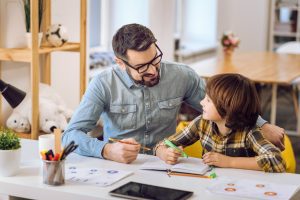 This is the next post in my series on the handling of cases in which Peoria, Illinois fathers are seeking emergency child custody from the Courts. My last article discussed when a dad may need to contact Child Protective Services. It is important that CPS not be contacted unless the situation actually warrants it. Contacting CPS, when doing so is unwarranted, can result in the Family Court changing child custody and/or reducing a father’s visitation. In this article I will discuss the process one will face when filing for emergency custody. It is best to retain an attorney to assist you. Contact my office today to speak with a lawyer.

I discussed the filing of an initial Motion to change custody in my post on whether Peoria fathers may request emergency child custody. In that article, I discussed the need to conduct discovery (the process by which information is gained from the other side) once the Court sets a trial date. In cases where the dad is alleging an emergency, it is critical that he gather as much evidence as possible regarding the other side’s fitness to parent. The focus of one’s discovery efforts will depend on the circumstances of the case. If, for example, it is alleged that the mother is abusing drugs, then the dad will want to acquire medical records which may show blood tests, work-related records which may show failed drug tests, police records, etc. If the case revolves other issues related to fitness, then it will be important to conduct discovery into those issues. Again, the focus of one’s discovery efforts will depend on the particular facts of a case.

After discovery has been completed then the case will proceed to trial. The father who is requesting the change of custody will present their evidence and witnesses first. The mother will then present her defense. The dad will then present “rebuttal” evidence. Rebuttal is not a time to raise new issues, it may only be used to directly address claims made by the mother. Each side will then make a closing argument. The Judge will often issue a ruling immediately after the trial. On some occasions, a Court may issue a ruling at a later date. In addition to the Court’s decision on child custody, the ruling will also contain the parents’ new requirement for visitation, whether visitation must be supervised, and child support.

It is important to understand that conducting discovery, and attending trial, involve complicated legal issues. Failing to properly follow the rules of civil procedure or the rules of evidence can result in information not being obtained or in such information being ruled inadmissible. This, in turn, can result in one’s request to change custody being denied, even if the facts are in their favor. Retaining an experienced attorney can help you to ensure that the matter is still handled properly. I am a former prosecutor who is experienced in trying cases. Contact my office today to speak with a Peoria fathers’ rights lawyer.