The Importance Of Pretrial Motions When Defending Against Peoria, Illinois Domestic Violence Charges 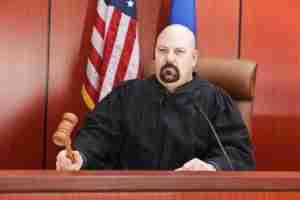 This is the fourth post in my series on the handling of domestic violence charges in Peoria, Illinois. My last post discussed having to defend against false domestic violence charges. It is important to understand that allegations may sometimes be motivated by someone attempting to gain leverage in a child custody case. In this article I will address another important topic – the importance of pretrial Motions. As I have stressed throughout this series, it is crucial that you contact a criminal defense attorney immediately after an arrest.

All defendants in a criminal case are entitled to certain protections under the United States Constitution. This is true whether one is charged with a felony or a misdemeanor. These protections include the right to be free from unreasonable search and seizure by law enforcement as well as the right to remain silent when being questioned by police. Each of these rights can be implicated in a domestic violence arrest. It possible to render evidence and statements inadmissible in Court if law enforcement collected them in violation of these protections.

There are many instances in which a domestic violence arrest may involve law enforcement’s violation of the defendant’s Fourth Amendment right against unreasonable search and seizure. If, for example, it is alleged that the defendant committed felony assault by using a weapon then there are certain rules police must follow when seizing that weapon for evidence. If the police were to arrive at a residence, and they believe that a club was used by the perpetrator, then they may need to require a warrant to search the residence for the club (whether a warrant would actually be required would depend on the specific facts of the case). If they engaged in the search, and found the club, then it may be possible for the defendant to keep the club from being admitted in Court due to the Fourth Amendment violation.

Domestic violence arrests also implicate a defendant’s Fifth Amendment rights. When one is in police custody then they have the right to remain silent and to not discuss anything with law enforcement. One also has the right to have an attorney present during any questioning. It is not uncommon for local police to violate this right and for the defendant to make incriminating statements as a result. Again, it may be possible to keep such statements out of Court due to Constitutional violations.

The first step to excluding evidence or statements from Court is to file a Motion. A hearing date will be set and the Judge will hold an “evidentiary hearing” to determine whether the evidence or statements should be admissible at a trial. This hearing will involve the arresting officers testifying in regards to how the evidence was collected and how the statements were obtained. Your attorney will have the opportunity to cross-examine the officers and to call witnesses on your behalf. At the end of the hearing the Judge will issue a ruling on whether or not evidence should be admissible at trial.

I discuss your options for filing a Motion, or for taking a case to trial, in the following video:

If you have been arrested for domestic violence then the filing of pretrial Motions may be an important part of your case. It is important to retain counsel who is familiar with the process. I am a Peoria, Illinois criminal defense lawyer with over twenty years of experience. I have handled many domestic violence matters on behalf of clients and believe that everyone is entitled to a vigorous defense. Contact my office today to schedule an initial consultation. We also service the cities of Bloomington, Decatur, Eureka, Galesburg, Morton, Normal, Pekin, Springfield, and Washington. We also serve the counties of Fulton, Knox, LaSalle, Marshall, Mason, McLean, Putnam, Rock Island, Schuyler, Stark, Tazewell, and Woodford. Additional areas where we handle federal cases include Benton, Chicago, East St. Louis, Springfield, and Urbana.