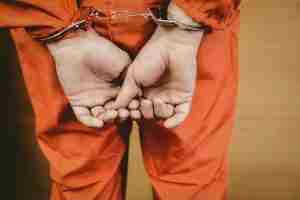 This is the second post in my series about defending against marijuana trafficking charges in Peoria, Illinois. The previous post provided an overview of the topics to be discussed in this series. It also emphasized the need for anyone facing cannabis trafficking charges to hire an experienced defense lawyer as soon as possible. Because the potential penalties for this crime may be severe, having knowledgeable counsel represent your interests will be imperative. If you have been arrested for a pot-related crime, contact my office today to speak with an attorney.

One can be guilty of marijuana trafficking in Illinois in one of two ways. First, one must knowingly bring (or knowingly cause someone else to bring) cannabis into the state with the intent to manufacture or deliver it. Second, possessing 2,000 grams or more will automatically be considered trafficking. The elements and penalties for this crime are set forth in Illinois’ Controlled Substances Act and Cannabis Control Act. It is important to understand that transporting even a small amount of pot across state lines may lead to trafficking charges. There is no minimum. These rules apply whether the defendant is transporting the plant form of the drug or derivatives, such as edibles or cannabis oil. In addition, because the offense involves crossing state lines, a defendant may face federal trafficking charges.

Penalties for this offense are determined on a sliding scale based upon the amount of marijuana in the defendant’s possession at the time of the arrest. Under Illinois law, possessing up to 2.5 grams of marijuana with the intent to sell or cultivate is a Class B misdemeanor. This may result in a fine of up to $1,500 and up to six months in jail. As the quantity of drugs increases, so do the potential punishments. For example, trafficking between 2.5-10 grams is a Class A misdemeanor, punishable by fines up to $2,500 and up to one year in jail. Trafficking between 10-30 grams is a Class 4 felony, facing fines of up to $25,000 and between one and three years in jail. The most serious cases (more than 5,000 grams of cannabis), are treated as Class X felonies, which can result in up to sixty years in jail and fines exceeding $500,000. Punishments may also be enhanced where the defendant sells the drugs to a minor or on school property.

If a suspect is charged with federal drug trafficking, the potential penalties may be even more severe. For example, if arrested with over 1,000 kilograms of marijuana or more than 1,000 plants with the intent to distribute or cultivate, a suspect may face ten years to life in prison and up to $10 million in fines. Furthermore, if the authorities have evidence that more than one individual is involved in the cultivation or distribution activities, the fine can reach up to $50 million dollars. Penalties will often be levied in accordance with the federal sentencing guidelines.

As one can imagine, often trafficking charges are accompanied by allegations of other criminal behavior, such as illegal possession of a firearm. In these situations, a person may be arrested on multiple offenses and face additional penalties. Depending on the facts of the specific case, however, it may be possible to successfully defend against these allegations. Common defenses often relate to the circumstances of the search and seizure following an arrest. In light of the severe consequences connected with trafficking charges, I cannot overstate the importance of retaining a criminal lawyer with extensive experience in Fourth Amendment issues to help protect your rights.