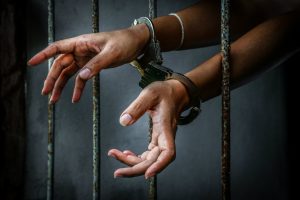 This is the next post in my series on the handling of rape or sexual assault charges in Peoria, Illinois. My last article discussed defending against charges which involve false allegations. It is important that you take any charges seriously, even if you know the allegations to be false. Failing to give your case the attention it deserves can, unfortunately, lead to a conviction. Retaining an experienced criminal defense attorney is an important step to mounting a defense. In this article I will discuss another topic with which defendants must be familiar – Illinois’ penalties for rape or sexual assault. If you or a loved one have been arrested then contact my office today to speak with a lawyer.

While some crimes are seen as more “minor,” and may result in misdemeanor charges, offenses which involve sexual aggression towards others are not. A first offense will, at a minimum, result in felony charges which carry a prison sentence of four to fifteen years. This is in addition to any fines which the defendant has to pay. Subsequent offenses will be charged as a Category “X” felony and can result in up to sixty years in prison. These sentences are in addition to those which may be imposed for other offenses. If, for example, the accused entered a building or structure with the intention of committing rape while inside, then they may be charged with burglary as well. If the defendant were convicted on all counts then the time for the burglary charge can be imposed consecutively to the other charges. This means that a defendant would have to serve the time on the assault charge before time began to count towards the burglary charge. How a defendant will be charged, and how the Court will impose a sentence, is always going to depend on the specific facts of the case.

There are additional penalties that an accused will have to face after a conviction. First, upon release they will likely serve parole. In addition to the normal requirements which come with parole, the defendant will have to register as a sex offender and will have a permanent criminal record. This will result in difficulty with obtaining housing, employment, and can result in a fair amount of public ridicule. In short, one will face ongoing challenges well after their release from prison. The best way to prevent such problems is to properly defend against the charges.

If you or a loved one have been arrested for rape or sexual assault then contact my office today to speak with a criminal defense lawyer. I am a former prosecutor who believes that everyone is entitled to quality representation and high levels of respect. I am familiar with our local court system and my office is ready to assist you. I also service the cities of Bloomington, Eureka, Galesburg, Morton, Normal, Pekin, Springfield, and Washington. I also serve the counties of Fulton, Knox, LaSalle, Marshall, Mason, McLean, Putnam, Rock Island, Schuyler, Stark, Tazewell, and Woodford.