The Penalties For Burglary Convictions In Peoria, Illinois 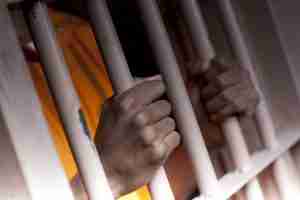 This is the next post in a series of articles discussing defending against burglary charges in Peoria, Illinois. My previous post discussed the legal definition of burglary and the key elements required to prove such an offense. Despite popular belief, one may be convicted of burglary after entering a structure or vehicle without permission even if they did not commit a crime once inside. Simply intending to do so at the time of entry may lead to a conviction. In this post, I will discuss the potential criminal penalties and consequences of being convicted of burglary. If you need assistance, contact my office today to speak with a lawyer.

Under Illinois law, burglary is a felony offense. Generally speaking, burglary is a Class 2 felony, which is punishable by between three and seven years in prison. If a defendant is convicted of burglary involving unpermitted entry into a school, daycare, or place of worship, the crime is elevated to a Class 1 felony. Class 1 felony convictions are punishable by between four and fifteen years behind bars. Entering another person’s residence with the intent of committing a crime is treated even more severely. Under Illinois’ home invasion statute, a conviction may be considered a Class X felony, which could result in jail time of six to thirty years. Aggravating factors may further increase potential jail time. For example, using a weapon during the offense or causing physical harm to a person or their property may result in enhanced penalties. A person convicted of burglary may also face significant fines, a permanent criminal record, and the loss of certain privileges such as the right to own or possess firearms in the future.

Those charged with burglary should take such allegations seriously and retain counsel with criminal defense experience to represent their interests. As with other offenses, it may be possible to defend oneself against the charges. Depending upon the facts of each specific case, a successful defense strategy may result in reduced charges, decreased penalties, or even dismissal of the case entirely. Burglary charges can be complicated and defenses often involve complex legal theories and facts. Working with an attorney who understands these issues and how best to present your case to the jury at trial can be an important factor in the outcome of your case.

I am a former prosecutor and have been practicing law since 1992. I have extensive experience in the Illinois criminal justice system and am committed to vigorously defending my clients. In addition to Peoria, I serve clients in the cities of Bloomington, Eureka, Galesburg, Morton, Normal, Pekin, Springfield, and Washington. I also serve the counties of Fulton, Knox, LaSalle, Marshall, Mason, McLean, Putnam, Rock Island, Schuyler, Stark, Tazewell, and Woodford.