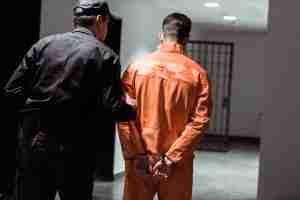 This is the next post in my series about defending against drug trafficking charges in Peoria, Illinois. The previous post explained how Illinois law defines drug trafficking. Transporting drugs into the state (or causing another person to do so) with the intent to manufacture or deliver the controlled substances constitutes trafficking. The law does not only apply to those transporting large quantities of drugs. Getting caught with even small amounts of illegal substances in one’s possession can lead to drug trafficking charges. Because the potential penalties for this crime may be severe, having knowledgeable counsel represent your interests will be imperative. If you have been arrested for a drug-related crime, contact my office today to speak with an attorney.

Illinois legislators and prosecutors alike take a tough stance against those who intend to manufacture or distribute illegal drugs within our state. This is especially true in the context of trafficking substances into Illinois from other states. A review of the potential penalties for trafficking convictions demonstrates this position clearly. All drug trafficking offenses are charged as felonies under Illinois law. Penalties for trafficking convictions are significant and determined on a sliding scale based upon the amount and type of illegal drugs in the defendant’s possession at the time of the arrest. Under Illinois law, for example, trafficking between 1-15 grams of cocaine is a Class 1 felony, punishable by up to a $500,000 fine. Trafficking any amount over 15 grams of cocaine is a Class X felony. Potential jail time for amounts between 15-100 grams ranges from 12-60 years, between 100-400 grams ranges from 18-80 years, and so on. In addition, each Class X felony is subject to a fine of up to $1,000,000. Controlled substance trafficking penalties may also be enhanced where the defendant is handling fentanyl or other counterfeit versions of controlled substances. Because trafficking by definition involves crossing state lines, it is also possible for a defendant to be charged with federal trafficking. If so, the potential penalties may be even more severe.

Putting aside the long periods of incarceration and staggering fines, individuals convicted of a felony will face additional long-term consequences. For instance, felons are not permitted to own or even possess firearms. Having a felony on one’s permanent criminal record can impact one’s ability to obtain or retain certain professional licenses, in some cases barring individuals from employment in their chosen field. Because the conviction will be identifiable on background checks, a person’s access to jobs, housing, credit, and community engagement may be significantly limited. In light of the severe consequences connected with trafficking charges, I cannot overstate the importance of retaining a criminal lawyer with extensive defense experience to help protect your rights.

I am a former prosecutor with over twenty years of experience defending the rights of Peoria residents who have been charged with drug-related offenses. My office is ready to assist you. We also service the cities of Bloomington, Decatur, Eureka, Galesburg, Morton, Normal, Pekin, Springfield, and Washington. We also serve the counties of Fulton, Knox, LaSalle, Marshall, Mason, McLean, Putnam, Rock Island, Schuyler, Stark, Tazewell, and Woodford. Additional areas where we handle federal cases include Benton, Chicago, East St. Louis, Springfield, and Urbana.