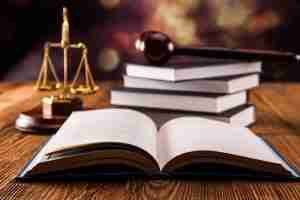 This is the next post in a series of articles discussing defending against child pornography charges in Peoria, Illinois. My previous post provided an overview of the key topics to be addressed throughout this series. Child pornography crimes, whether charged at the state or federal level, are taken extremely seriously by prosecutors. Given the severe consequences of a conviction, it is crucial for residents to understand what constitutes illegal activity and the potential penalties one may face if found guilty of such a charge. This post will discuss state and federal penalties for those convicted of a crime involving child pornography. If you have been charged with such an offense, contact my office today to speak with a lawyer.

It is illegal to produce, possess, distribute, receive, solicit, advertise, or otherwise be involved with sexually explicit images of children under the age of 18 under both Illinois and federal law. This means that if an individual is accused of violating child pornography laws, charges may be brought against them in either state or federal court. This determination is dependent mainly upon which law enforcement agencies are involved in the investigation of the case and the severity of the alleged offense. Federal and state courts are two different legal systems with differing laws, rules, procedures, and penalties. When selecting an attorney to defend you against allegations of child pornography charges, it is important to retain a lawyer who is licensed and experienced in federal court and state court.

Penalties for those convicted of committing a child pornography offense are severe whether the case is prosecuted federally or at the state level. In Illinois, defendants face felony charges ranging from a Class I felony to a Class X felony, which carry significant fines and terms of imprisonment. For instance, possession of child pornography in Illinois is punishable by between 4-15 years incarceration and fines of up to $100,000. If the child is under the age of 13, penalties for possessing the pornographic material can be increased to 30 years in prison. If the case is prosecuted under federal law, judges will impose federal statutory minimum sentences. This approach to sentencing is relatively rigid and can result in even harsher penalties. For example, a defendant who is found guilty of distribution or receipt of child pornography with no prior convictions will face fines and a mandatory minimum federal sentence of between 5-20 years of incarceration. A first-time offender charged with producing child porn will face fines and a mandatory minimum sentence of between 15-30 years in jail. Furthermore, child pornography convictions require the accused to register as a sex offender, potentially for the rest of their life. Because a guilty verdict will become part of one’s permanent criminal record, the information is also available on background checks for employment, housing, credit applications, and more. Even after serving one’s time and paying hefty fines, the lifetime implications of the conviction can be devastating to one’s ability to work, arrange for housing, or obtain mortgages or loans. It is imperative, therefore, to vigorously defend against child pornography charges.

As stated above, in light of the seriousness of the consequences involved in child pornography convictions, it is essential to retain an experienced criminal defense attorney to represent your interests. I am a former prosecutor with over twenty years of experience. I have defended Peoria residents in both the state and federal criminal justice systems and am ready to assist you. In addition to Peoria, I serve clients in the cities of Bloomington, Eureka, Galesburg, Morton, Normal, Pekin, Springfield, and Washington. I also serve the counties of Fulton, Knox, LaSalle, Marshall, Mason, McLean, Putnam, Rock Island, Schuyler, Stark, Tazewell, and Woodford.