How Other Criminal Offenses May Impact Marijuana Trafficking Charges in Peoria, Illinois 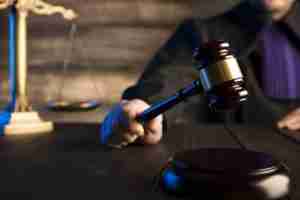 This is the next post in my series discussing defending against marijuana trafficking charges in Peoria, Illinois. The previous article provided information about the impact of illegal searches and seizures. Evidence found in violation of the Fourth Amendment’s search and seizure rules may possibly be found inadmissible against a defendant. I also emphasized the importance of retaining a lawyer with criminal defense experience to represent your interests. This post will evaluate how evidence of drug trafficking coupled with other criminal activity may impact your case. If you have been arrested, contact my office today speak with an attorney.

Those charged with marijuana trafficking are often charged with related criminal activity. For instance, it is not uncommon for police locate a firearm in connection with a cannabis bust. If the suspect is not legally in possession of the firearm, he could be facing additional criminal charges. Federal and state “felon in possession” laws prohibit a convicted felon from possessing a gun. If a defendant in a trafficking case is a convicted felon, he may be charged with an additional federal or state charges. A gun charge may also elevate a misdemeanor trafficking offense to a felony and increase the penalties the defendant would have otherwise faced. Further, if convicted of multiple crimes, a judge may require the sentences for each crime to run successively rather than at the same time, resulting in longer periods of incarceration.

Despite the potential for more serious charges and penalties, a suspect may still be able to present a defense. It is important to note that some defenses to the underlying criminal offense may be defenses to the entire case against you. For instance, if the evidence was found during an illegal traffic stop, it may be possible to exclude the evidence on the basis that it was seized in violation of the Fourth Amendment. Under these circumstances, a court may dismiss all of the charges.

Other situations may lead to a partial exclusion of evidence. Suppose a defendant is charged with marijuana trafficking and illegal possession of a firearm. The charges are based upon evidence acquired during a valid traffic stop. The officer conducted a pat down search of the driver and located an illegal firearm on the driver’s person. Without a warrant, the police searched the trunk of the car and found a large amount of marijuana. In this case, the court may find that the frisk was legal and the gun charge would be valid. On the other hand, because the trunk search was illegal, the cannabis may be inadmissible. As a result, the drug related charge may be dropped.

Knowledgeable counsel can conduct a thorough investigation of the facts to determine whether a defense may be available. I am a criminal defense attorney with experience in these matters. Contact my office today to speak with a lawyer. We also service the cities of Bloomington, Decatur, Eureka, Galesburg, Morton, Normal, Pekin, Springfield, and Washington. We also serve the counties of Fulton, Knox, LaSalle, Marshall, Mason, McLean, Putnam, Rock Island, Schuyler, Stark, Tazewell, and Woodford. Additional areas where we handle federal cases include Benton, Chicago, East St. Louis, Springfield, and Urbana.