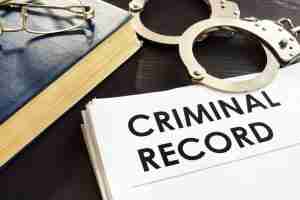 This is the next post in a series of articles discussing the serious nature of misdemeanor charges in Peoria, Illinois. My previous post provided an overview of the topics to be discussed throughout this series. It also reiterated the importance of taking misdemeanor charges seriously despite the fact that penalties for convictions are less severe than those applicable to felony convictions. Defending oneself, even against a seemingly minor criminal charge, is essential for a variety of reasons. In this post, I will discuss one such reason: the possibility of having a permanent criminal record after a misdemeanor conviction. If you have been charged with a misdemeanor, contact my office to speak with an attorney.

When an individual is charged with a criminal offense, whether a misdemeanor or felony, it is an extremely serious situation. Although felonies are punishable by more severe penalties, those convicted of misdemeanors in Illinois can face jail time of up to 364 days and fines of up to $2,500. In addition to facing prosecution, incurring court costs, legal fees, and the punishments referenced previously, a person convicted of a misdemeanor charge may face the collateral damage caused by having the arrest and conviction entered upon their criminal record. In some cases, misdemeanor charges or convictions may be sealed or expunged, however certain misdemeanor convictions, such as a conviction for domestic violence, will remain on one’s record permanently.

Information gathered about arrested suspects, those charged or prosecuted, and the disposition of each case are maintained by the Illinois Department of State Police. This includes misdemeanor information. Adult criminal records are publicly available. This means they can be viewed by one’s family, friends, neighbors, and co-workers. Current or potential employers, landlords, banks, and others commonly require routine criminal background checks and can access a person’s record through this process. As a result, it is not uncommon for individuals with misdemeanor arrests or convictions to be denied employment, credit, housing, or professional licensing based on this information. For some, these long-term consequences may seem even more harsh than their criminal sentence.

Given the significant potential impact of a misdemeanor charge on one’s life, I cannot overemphasize the importance of retaining a defense attorney to represent your interests. Doing so will help ensure that your case is handled properly, that all defense strategies are explored, and that your penalties and other consequences are reduced to the fullest extent possible.