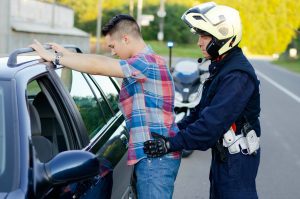 This is the next post in my series on defending against various misdemeanor charges in Peoria, Illinois. My last article discussed what to expect when defending against assault & battery charges. It is important to understand that any crime of violence, even one that is charged as a misdemeanor, can have a negative impact on one’s future. Being labeled as a violent offender can mean harsher penalties for future offenses, difficulty in passing a background check, the possibility of being denied professional licenses, and more. It is strongly suggested that you contact a criminal defense attorney after being charged with an offense. Doing so can help you to avoid such negative consequences. In this article I will discuss what to expect when dealing low level drug charges. If you or a loved one are in need of assistance, then contact my office today to speak with a lawyer.

While Illinois has legalized the recreational use of marijuana, our state still has many harsh laws when it comes to the possession of narcotics. Our state classifies various drugs under “schedules.” These schedules range from “one” through “five.” A schedule one drug is something, such as heroin, which has a high danger of abuse. A schedule five drug would be on the lowest end of this spectrum. The possession of most illegal narcotics, without a valid prescription, will be charged as a felony. Some offenses, such as the possession of steroids or possessing more than thirty grams of marijuana, will be charged as a misdemeanor. For these misdemeanor offenses, a first offense will typically result in a fine of up to $1,500 plus up to thirty days in jail. A second offense can carry a sentence of up to six months. Additionally, one will find themselves with a permanent criminal record and having to deal with the various problems which that creates.

Many drug cases come about as a result of a defendant’s interaction with the police. During an interaction, the police may gain reasonable suspicion that one is carrying, or otherwise in possession of, illegal narcotics. This suspicion often leads to the discovery of the drugs and the individual being charged. As with drug cases in general, however, if law enforcement violates one’s rights, then any drugs discovered as a result may be excluded from evidence. If there are no other charges against a defendant, then such an exclusion may lead to the charge being dismissed. After a dismissal, the defendant may then seal the arrest from their criminal record.

The foregoing concept is best explained by way of example. Suppose law enforcement pulls over a car for speeding. The officer believes he smells marijuana while issuing the ticket. The officer then orders the driver to exit the vehicle. While the individual is on the hood of his car, the officer finds a duffle bag in the back seat, unzips it, and discovers a misdemeanor level amount of marijuana. Such a search would likely be found to violate the driver’s Fourth Amendment rights as the officer most likely would have needed a search warrant to unzip and go through the duffle back. Such a violation may result in the marijuana being inadmissible in Court. It is important to remember, however, that how the Court will rule in any given situation is always going to depend on the specific facts of the case.

Even if a misdemeanor drug charge cannot be dismissed, there are still steps which an attorney can take to defend your interests. These steps include resolving the matter on favorable terms, finding other avenues of defense, etc. By contacting counsel immediately after being charged, you help to ensure that your rights remain protected.

I am a Peoria criminal defense lawyer and a former prosecutor. I am familiar with our local court systems and have extensive experience in the handling of misdemeanor charges. I understand that this is an important time in your life and my office is ready to provide assistance. Contact us today to schedule an initial consultation. I also serve the counties of Fulton, Knox, LaSalle, Marshall, Mason, McLean, Putnam, Rock Island, Schuyler, Stark, Tazewell, and Woodford. I also handle federal cases in Urbana.