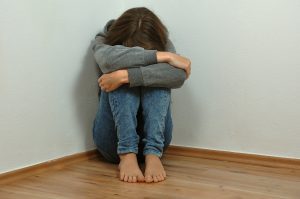 This is the next post in my series on defending against various misdemeanor charges in Peoria, Illinois. My last article discussed defending against trespassing charges in our state. It is important to understand that one should take such charges seriously even if they seem minor in nature. This is due to the fact that any misdemeanor conviction can have serious consequences. Such consequences can include having a permanent record, the inability to pass a background check, etc. If you or a loved one have been charged, then it is important to contact an attorney immediately. In this article I will discuss what to expect when defending against misdemeanor child endangerment charges. Contact my office to speak with a lawyer.

In Illinois, a first offense for child endangerment will generally be charged as a Class A misdemeanor. This means that one may face just under a year in jail and a fine of up to $2,500. Child endangerment occurs when one “knowingly endangers the health of a child” or allows someone else to do so. Typically, these situations will include leaving a young child unattended for a period of time, exposing the child to illegal drugs, leaving weapons (such as a loaded gun) out in the presence of an unsupervised child, and other such conduct. Another common occurrence is when a parent drives while intoxicated with their child in the car. Under this last scenario, one will likely be charged with driving under the influence in addition to child endangerment.

Because the child endangerment statute is broad, and covers many different situations, the defenses and options available will always depend on the specific facts of the case. It is vital that you take steps to protect your interests if you are a parent who finds yourself facing such charges. This is due to the fact that a conviction will likely form the basis of a child custody dispute with your son’s or daughter’s other parent. Furthermore, depending on the specifics of the case, you may find yourself facing a complaint from various child protective agencies. In other words, a child endangerment charge can lead to problems in numerous other contexts.

If you or a loved one have been charged with child endangerment, then it is strongly suggested that you retain a criminal defense attorney immediately. Even though the matter is typically charged as a misdemeanor, it can still carry serious and lasting consequences. I am a former prosecutor who aggressively defends the rights of the accused. I am also well aware of the impact that such a charge can have on family law proceedings. Contact my office today to schedule an initial consultation with a Peoria lawyer. I also serve the counties of Fulton, Knox, LaSalle, Marshall, Mason, McLean, Putnam, Rock Island, Schuyler, Stark, Tazewell, and Woodford. I also handle federal cases in Urbana.