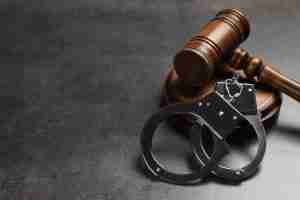 This article is being written to conclude and recap my series on the handling of misdemeanor charges in Peoria, Illinois. I felt it necessary to write on this topic due to the fact that such charges can have a serious impact on one’s future. These impacts include being saddled with a permanent criminal record, being unable to pass a background check, as well as other difficulties. The goal of my recent articles has been to provide information which will assist people in understanding how to deal with such situations. It has also been my goal to provide information which will aid in the selection of a criminal defense attorney. If you or a loved one have been arrested then contact my office today to speak with a lawyer.

I have addressed a number of topics over my recent articles. Issues which I have looked at include:

I chose to address these topics for several reasons. First, some may make the unfortunate mistake of not taking misdemeanor charges seriously because they are not a felony. The fact of the matter, however, is that one may still be facing incarceration, fines, and a loss of career prospects. Having such a conviction can result in one not being considered trustworthy for various positions and may even result in disqualification for professional licenses. Fortunately, one who has been charged has options. These options can include working towards a favorable resolution or, depending on the facts of the case, defending against the charges outright. Also, if enough time has passed one may be able to seal their criminal record so that the conviction does not show up on a background check.

One point that I stressed in each of these articles is that it is important to speak with an attorney immediately if one has been charged with a crime. By speaking with counsel sooner, rather than later, one can increase the chances that no stone goes unturned in their defense. As a former prosecutor, I am familiar with the workings of our local court system. I take pride in the level of service which my office provides and I believe that everyone is entitled to a vigorous defense. If you have been charged with a crime then contact my office to speak with a Peoria criminal defense lawyer. I also serve the counties of Fulton, Knox, LaSalle, Marshall, Mason, McLean, Putnam, Rock Island, Schuyler, Stark, Tazewell, and Woodford. I also handle federal cases in Urbana.