Defending Against Misdemeanor Assault And Battery Charges In Peoria, Illinois 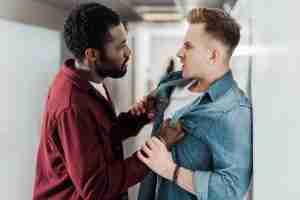 This is the next post in a series of articles discussing defending against certain types of misdemeanor charges in Peoria, Illinois. My previous post provided an overview of the topics to be discussed throughout this series. It also emphasized the need for those accused of misdemeanor-level crimes to take such charges seriously. Failing to defend oneself properly will not only result in criminal penalties but will likely have other long-term consequences. Retaining an experienced attorney to represent you in such matters can help ensure that your legal rights are protected. In this article, I will discuss defending against misdemeanor assault and battery charges. If you need assistance, contact my office today to speak with a lawyer.

Assault and battery are separate but related criminal charges which involve intentionally threatening or actually attempting to cause harm to another person. Individuals do not have to be involved in a serious attack or large brawl to face assault and battery charges. Engaging in threatening behavior or pushing or striking someone during a seemingly minor altercation can result in an arrest and criminal charge. Absent any aggravating circumstances, such as the presence of a weapon, additional ongoing criminal activity at the time, or previous criminal convictions, first-time assault and battery offenders are generally charged with a misdemeanor. It is often possible to defend oneself against assault and battery charges on various grounds. For instance, if a person was acting in self-defense and was mistaken for the initial aggressor, they may be able to defend themself on such grounds. Other common defenses against assault and battery charges involve incorrect eyewitness identifications either because the witness was unreliable or because their statements were the result of overly suggestive police procedures. In addition, it may be possible to exclude evidence from a case if the police failed to provide the accused with the required Miranda warnings during an arrest. Your attorney will review your case and conduct an investigation to determine which defense strategies may be applicable to your situation.

Consider the following example. A large group of college students has gathered to watch a football game at a tailgating event. During the game, fans for the different teams begin taunting each other. Local law enforcement is on hand to monitor the event. By the end of the game, the situation has become volatile for a few out of hand groups. As the crowd is dispersing, a  shoving match breaks out and several individuals engage in a fist fight. A bystander who was not otherwise involved in the taunting is shoved several times by one of the fighters and finally pushes the attacker back. The police only see the bystander’s actions and arrest him. Because the bystander was being harmed by the attacker and reacted with the proportionate amount of force necessary to protect himself (or others), he may assert self-defense. If the bystander can prove that he was not the initial aggressor, the charges against him will likely be dismissed. Evidence in the form of eyewitness statements, cell phone video posted on social media, security camera footage, etc. may help establish his innocence.

It is important to understand that the outcome of any misdemeanor charge will depend upon the specific facts and circumstances of the case. Working with a criminal attorney can help ensure that all potential defense strategies are explored on your behalf. Contact my office today to speak with a lawyer. In addition to Peoria, we also serve clients in Bloomington, Decatur, Eureka, Galesburg, Morton, Normal, Pekin, Springfield, and Washington and the counties of Fulton, Knox, LaSalle, Marshall, Mason, McLean, Putnam, Rock Island, Schuyler, Stark, Tazewell, and Woodford. Areas where we handle federal cases include Peoria, Springfield, Champaign, and Rock Island.