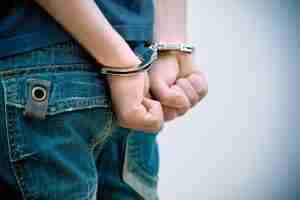 This is the next post in my series on the expunging of juvenile records, related to sex offenses, in Peoria, Illinois. My last article provided an overview of topics which this series will be addressing. It also stressed the need to contact a criminal defense lawyer if you have a juvenile history that has not been expunged. By contacting counsel sooner, rather than later, you can clear your history and potentially open more opportunities for yourself. In this article I will address a topic which sometimes leads to confusion for those in our state. That topic is how Illinois handles records from offenses which occur before the age of eighteen. If you or a loved one are in need of assistance then contact my office today to speak with an attorney.

Many operate under an assumption that their juvenile record “disappears” when they turn eighteen years old. This is not the case in the state of Illinois. Under state law, the records of juvenile arrests and convictions are automatically sealed when one reaches the age of majority. This sealing means that the records will not be viewable by, or otherwise available to, the general public. The records, however, will remain in existence. They will be viewable by law enforcement, the Courts, and can be disclosed pursuant to various types of background checks. Such background checks are especially common for government employment, security clearances, or applications for various professional licenses. How juvenile records are handled, after one is eighteen, depends on the nature of the offense and is governed by 705 ILCS 405/5-915. Some records will be expunged automatically, after the passage of time, while others will not. I will discuss these different situations in turn.

After an individual turns eighteen, the history of a given offense will be expunged without any action by the individual under the following conditions:

There are a number of offenses which are not eligible for this automatic expungement. Crimes which require a juvenile to register as a sex offender are such offenses. One who was convicted of a sex offense, however, may petition to expunge their criminal record if they have completed or extinguished their requirement to register and it has been at least two years since the end of their juvenile proceedings. In other words, sex offenses which were committed while one was a juvenile can still be expunged, but the individual must be pro-active and petition the Court for the expungement. This area of law can seem confusing and overwhelming for some. It is suggested that you retain an attorney to assist you.

The above-mentioned legal standards can be confusing to many. By discussing your situation with an experienced attorney, one can better understand whether their records will be expunged automatically or whether they must take steps to complete the process. I am a former prosecutor who is familiar with our local court systems and I am able to assist you with ascertaining the status of your situation. I believe that everyone is entitled to a fresh start and have assisted individuals with putting their past behind them. Contact my office today to speak with a Peoria lawyer. I also serve the Illinois counties of Fulton, Knox, LaSalle, Marshall, Mason, McLean, Putnam, Rock Island, Schuyler, Stark, Tazewell, and Woodford. I also handle federal cases in Urbana.